We leave early this morning for Al-Ain, so I gulp down some breakfast and coffee before boarding the bus. We drive down the main highway back to the outskirts of Abu Dhabi and then take a freeway to Al-Ain. It takes over three hours for the trip with one rest stop.

The highways and expressways in UAE are superb. They have all been built within the last twenty years, so they are in great shape, and support high posted speeds. The interchanges and ramps rival or exceed any found elsewhere in the developed world.

After arriving in Al Ain, we have some time at the Sheikh Zayed Palace Museum. This was the residence of the sheik who unified and created the United Arab Emirates. I find it fascinating to walk through the formerly private rooms, and ask myself “if these walls could talk”. In particular, the Private Majlis meeting room must have seen some pretty important discussions during the unification process.

We go for lunch to nearby Foodworld Restaurant, which was a very nice meal. They handle our group of twenty and our drivers very promptly. Our final stop for the day is the Al-Ain Zoo. I’m not a big fan of zoos at the best of times, although this one has large enclosures for the animals. It appears they have a mix of indigenous species to the Arabian Peninsula, and also have some exotic (mainly big African) animals.

Our hotel in Al Ain is the Al Ain Rotana. This is a five star hotel…very posh. This is obviously the place to stay in Al Ain, since I see a couple of cars with government plates on them (a crest and three digit number). Despite this, our tour leader Michele has some trouble to contend with before we are all settled in our rooms, however I won’t publish the details online. My room is quite luxurious…too bad we are only staying one night! 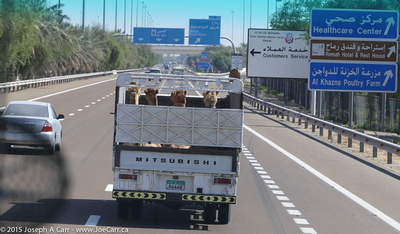 Camels in the back of a truck 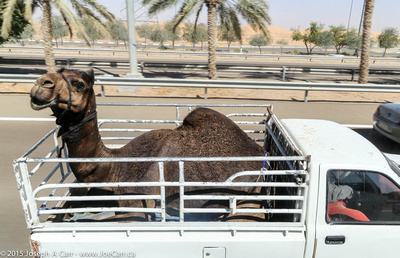 Camel in the back of a pickup truck 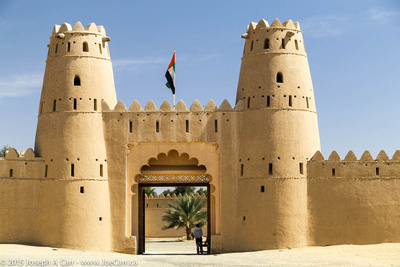 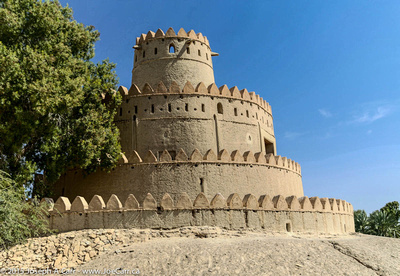 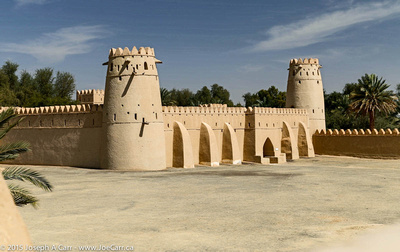 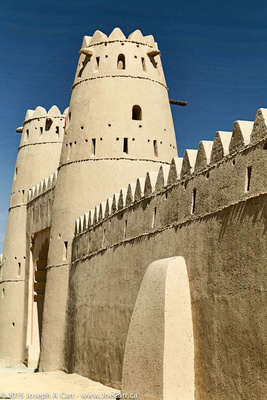 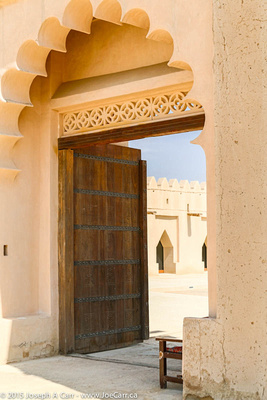 Entrance to the fort 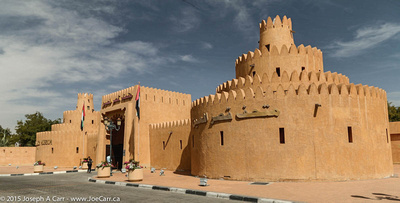 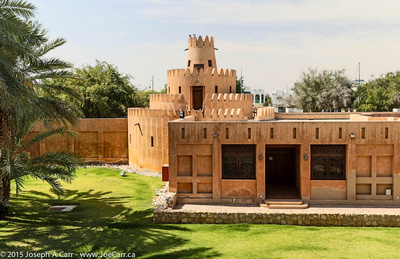 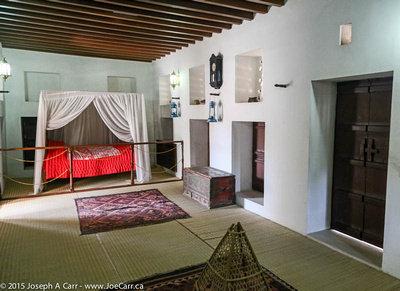 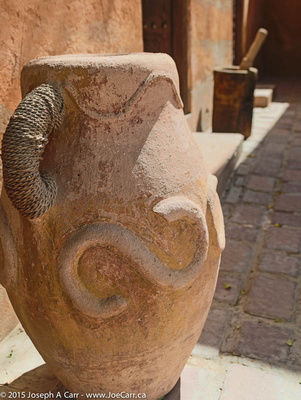 Pots beside the coffee room 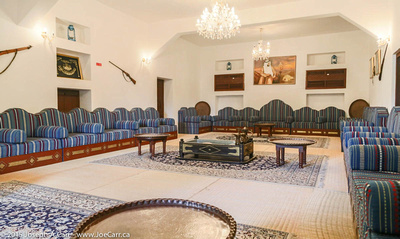 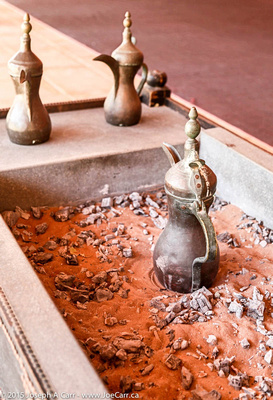 Brass pots in a fire pit for brewing tea and coffee 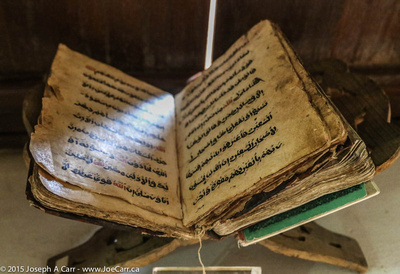 Koran in the library 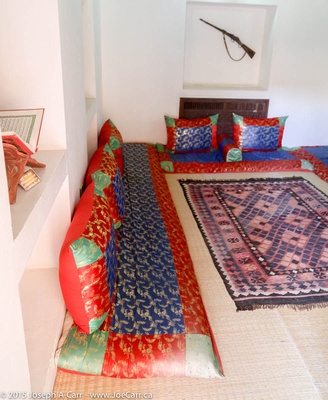 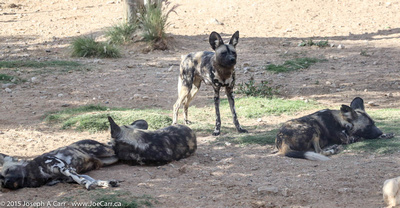 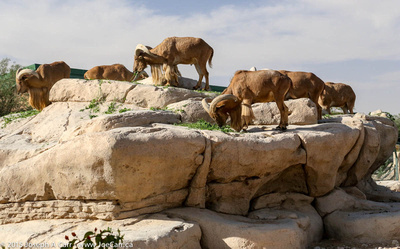 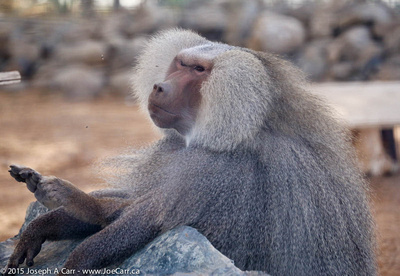 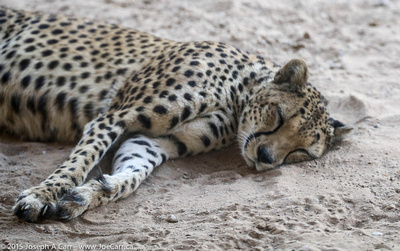 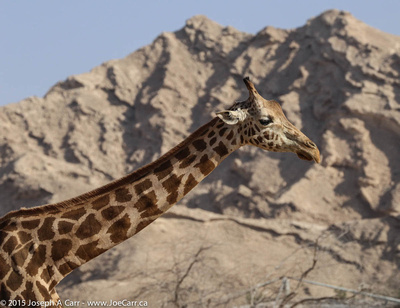 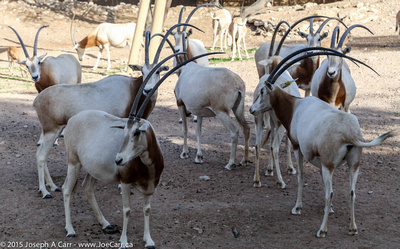 Driveway and front entrance of hotel 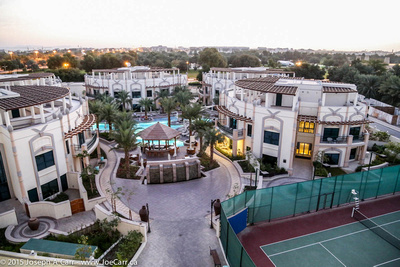 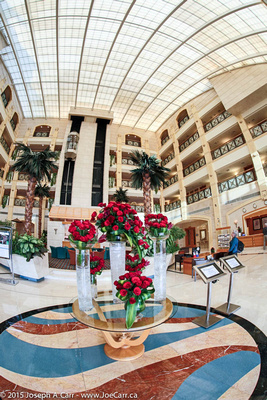 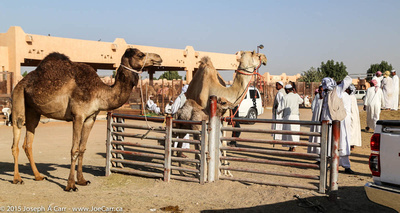 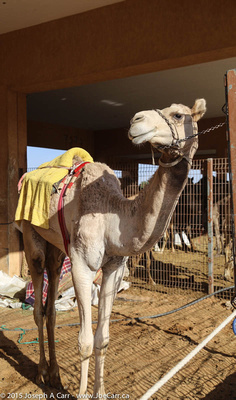 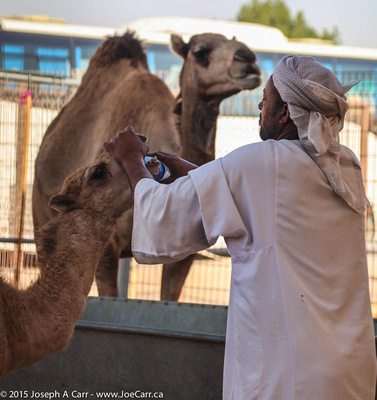 Small camel being given water 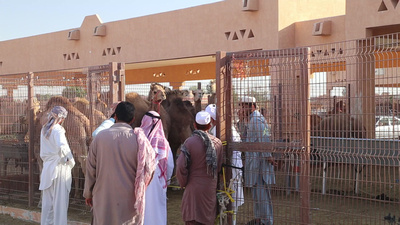