I wake up far too early this morning at 7AM, but get up and make some coffee and have a light breakfast. I try to motivate myself to get out there today to see the sights, finally deciding to see the Harrison’s Cave. I call them to find out when their least-busy time is, and I’m told that afternoons are best, but I must arrive by 3:30PM at the latest. This fits with my plans to chill out this morning.

There are signs of life today in the rental complex when the gardeners and pool service workers show up this morning to clean the pool and tidy things up. The only other humans in the complex are in the unit near the entrance, who have a Christmas tree in their living room and a car parked outside. The other eight units appear to be unoccupied, although everything is well-cared for. There is also a construction crew doing a renovation of one of the units near me, but they don’t make much noise and only stay a few hours each day.

I make myself some lunch and then leave for Harrison’s Cave around 2PM. It is a tortuous route to climb uphill out of my neighbourhood, since access to the highway involves negotiating a double switchback! It’s easier once I’m on the highway northbound, although the roundabouts in Barbados give me fits since they operate by different rules than I’m used to in Canada, and of course I’m driving on the left. Once I turn off the highway to climb uphill to the Harrison’s Cave, I’m back onto what are euphemistically referred to as “highways”, but are really just narrow country roads.

The last time I was in Barbados and experienced the Harrison’s Cave was in 1981, the same year they opened. This facility is owned and operated by the Barbados government, and is pretty well developed. I pay BD$60 (US$30) admission for the last Tram Tour for today leaving at 3:45PM, so I have time to spare. Instead of taking the fancy new elevators to the gully area, I walk down the short trail to the Interpretation Centre and check-in.

I take some good photos both from the tram and on the two instances when we get off to view water features and galleries. I chat with a couple who were on the Royal Clipper who are also on the tram tour. Unlike other Caribbean islands which are volcanic, Barbados is formed by limestone resulting from coral reefs on the seabed being heaved up by the collision of the Atlantic and Caribbean tectonic plates. This explains why the island juts out into the Atlantic Ocean, and why these limestone caves formed.

The return drive to the south coast is pretty stressful, since I have to cope with rush hour traffic on the highways, and have to negotiate narrow, rough roads to return to my rental. Thank goodness for Google navigation! I have a beer beside the pool and make myself a simple pasta dinner, preferring to not go out this evening. 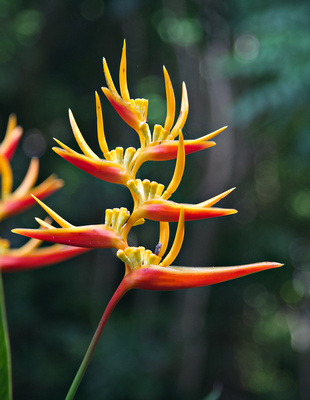 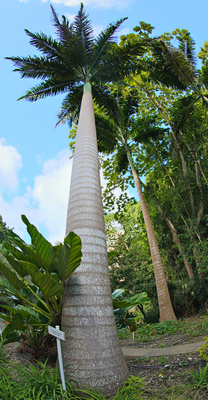 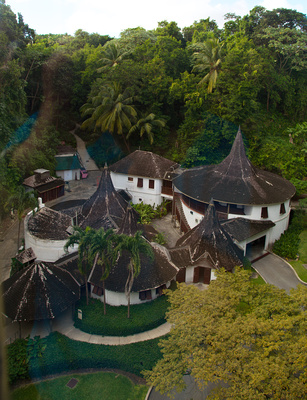 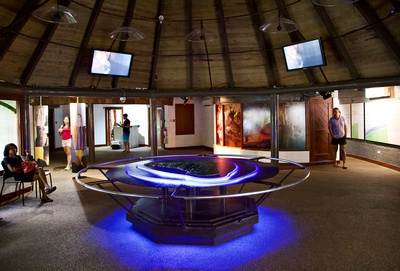 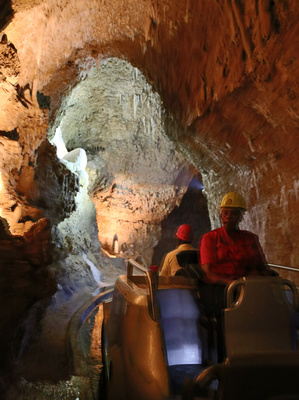 Driver and guide waiting for the group 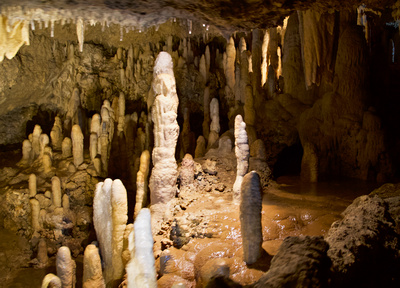 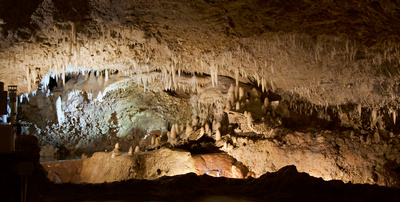 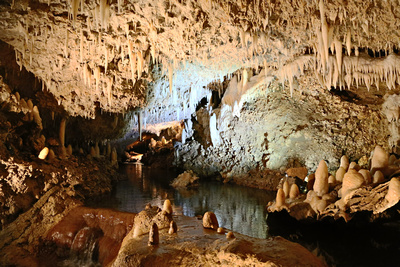 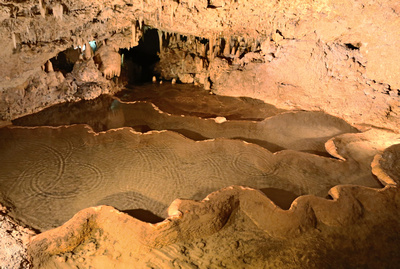 Stepped pools in a stream in the cave gallery 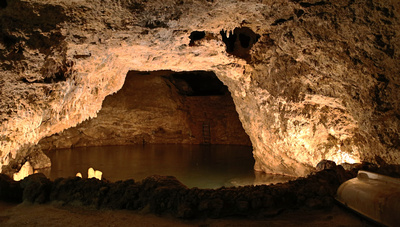 A lake in the cave and an escape route (boat & ladder) 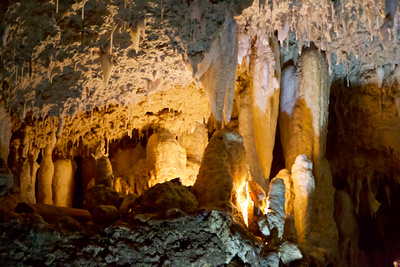 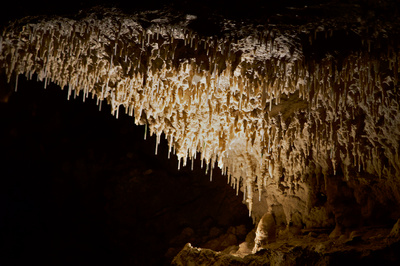 Straw staligtites in the cave 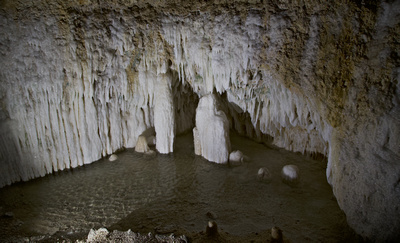 Staligmite formations in a pool 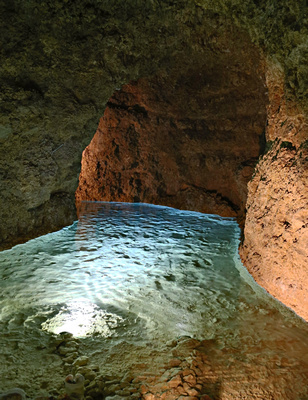 A flow of blue limestone 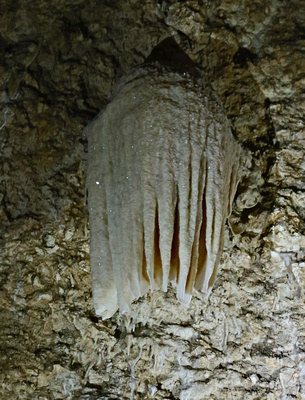 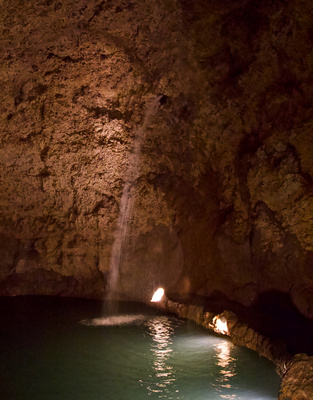 The waterfall and pool in the Lower Great Hall 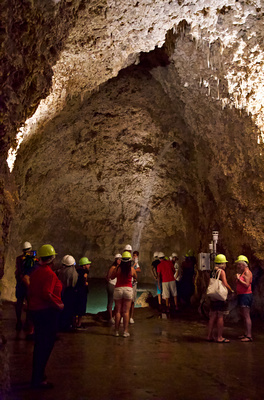