I take the Metro from Omonia Square to the Acropolis (€12 admission). Unfortunately I don’t arrive until 9:45am (it opens at 8am), so I get to join the crush of the crowds of bus tours and Greek school children who are swarming over the Parthenon, the Propylaia, and the Temple of Athena Nike. The crowds weren’t quite as bad around the Erechtheion (Old Temple) and Odeion of Herdes Atticus (Herodion) theatre.

Once I take a few photos and leave the summit of the Acropolis, the crowds thin and it is downright tranquil as I walk down the Panathenic Way to the Ancient Agora and the Temple of Hephaistos. I also visit the beautiful Holy Apostles 11th century Byzantine church, which has some wonderful fresco fragments inside. I’ll return to the Acropolis again – either at the 8am opening time, or late in the afternoon when the crowds are less. I still want to see the Dionysos theatre and the Acropolis Museum.

I try a new restaurant tonight – Xapas, 58 Methonis, dining alone from 7:30-8:30pm. All their entrees seemed to be vegetarian, so I had Spinach Pie and Greek Salad, which were both excellent. Cost was €12.50. Last night I noticed that their customers arrived earlier, because when I walked by on my way home, they were jam-packed with a bunch of 20-somethings by 7:30pm, with some playing musical instruments. 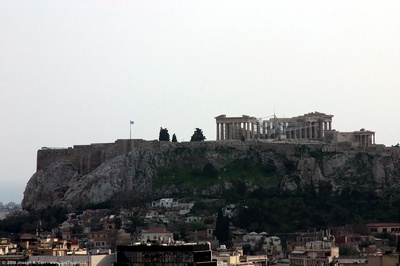 The Acropolis from Strefi Hill 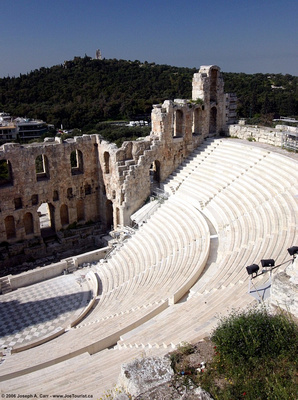 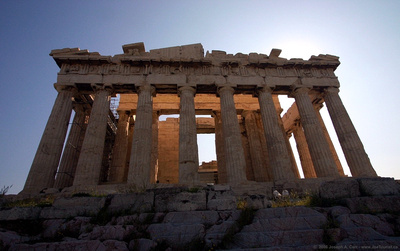 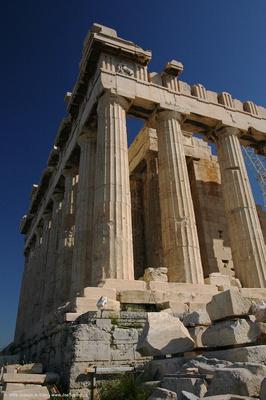 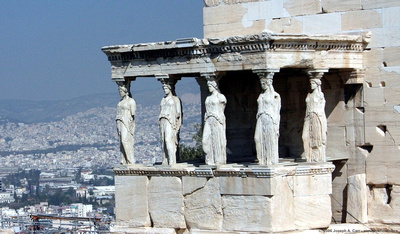 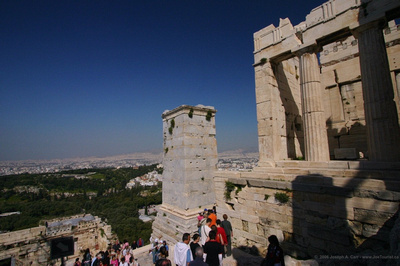 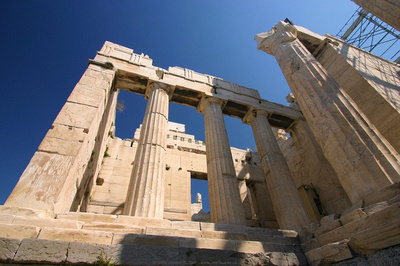 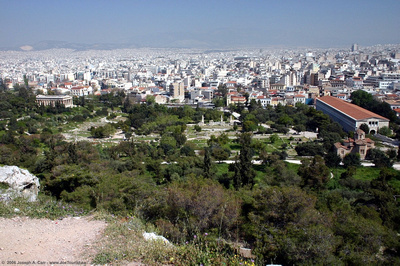 View of the Ancient Agora from the Pantheon 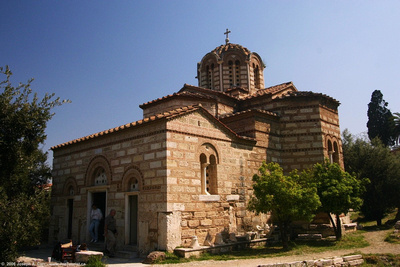 Church of the Holy Apostles 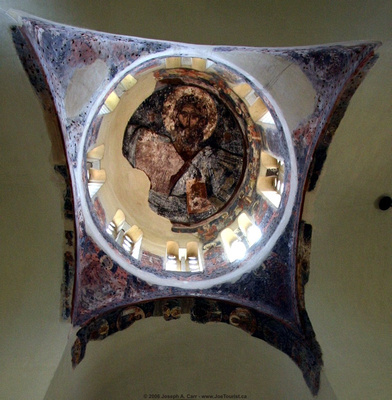 Fresco in the dome of the Church of the Holy Apostles 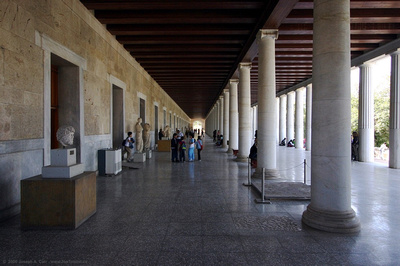 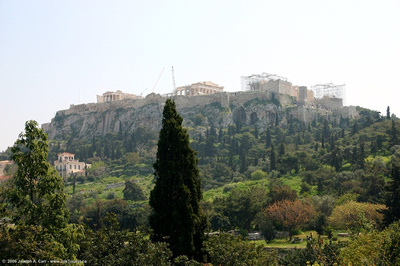 Reconstruction of the Acropolis as viewed from the Hephaisteion