I’m on a standard city tour today, with the Carnival Museum added on at the end. We pass the Graf Spee anchor as we leave the harbour for the historic part of the city. As with Buenos Aires, Montevideo’s harbour is on the Plata River estuary, which is the widest river in the world, and is formed from the confluence of the Uruguay and Paraguay Rivers.

Our first stop is the Plaza Independencia, where the impressive Salvo Palace is located. It is a 1930s colonial building designed by Mario Pisner and is now used for offices, residential and a tango museum. The Embassy of Canada is also located on the edge of the plaza, as are both the new and old Presidential buildings, and the impressive Teatre Solis. The centre of the plaza is dedicated to a monument and mausoleum to Uruguayan hero José Artigas. As found in Buenos Aires, Montevideo is full of neoclassical architecture emulating European cities during that era.

Our second stop is to visit the Mercado Agricola de Montevideo, or agricultural market. It is raining, so its nice to have a roof over us as we explore the produce, meat, and seafood being offered for sale. A horse-drawn freight cart goes by on the street outside as I return to the bus.

Our third stop is the Palacio Legislativo – the country’s seat of government. Nearby is a Burj al-Arab hotel lookalike and some nice murals. Our guide Lilianna shares that the price of meat is very low since it is the main industry in the country. Consumption is 100kg/person annually. Maté is a national tea-like drink, which virtually everyone drinks. Sharing maté is a symbol of friendship. There is both private and public health care available, and education is compulsory, with university being free for everyone (even foreigners).

Our final stop is the Plaza de la Armada where we get a good view of Plata river shoreline and city skyline. There is also a nicely-designed bronze monument dedicated to the fallen heroes of the Navy.

The tour wraps up at the Carnival Museum, which is back in the dock area of the city. The focus of this museum is the Candombe dancing, which is one of the most popular Carnival themes followed in the country. We are seated and served wine, baked cheese, and beef (sausage, steak, blood pudding) while we watch the cultural show. 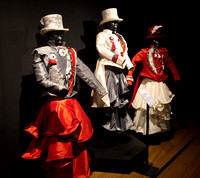 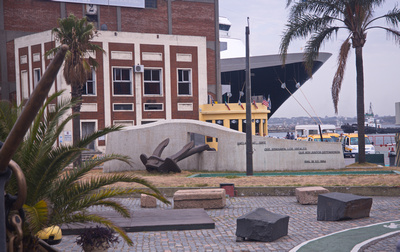 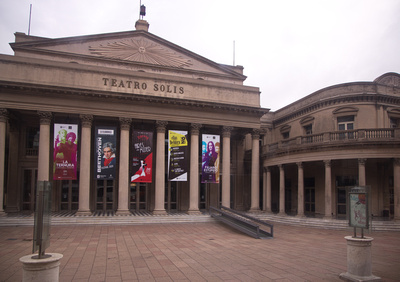 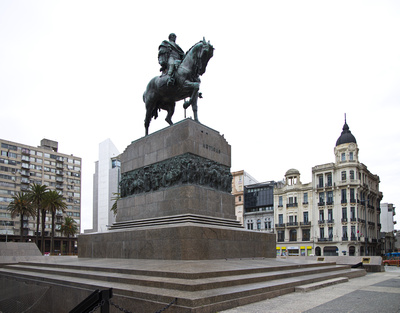 Artigas Mausoleum is a monument to Uruguayan hero José Artigas 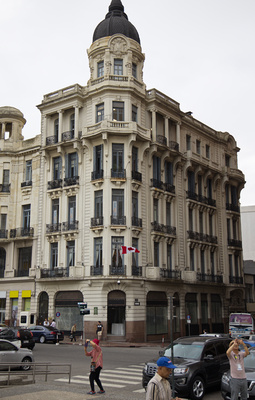 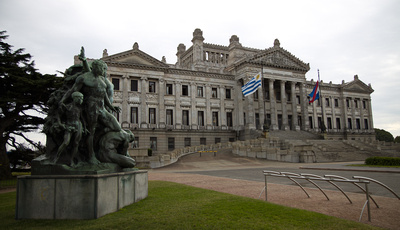 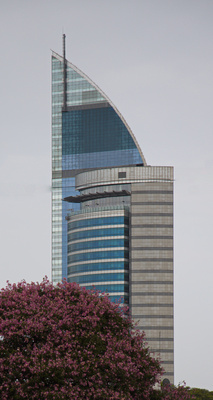 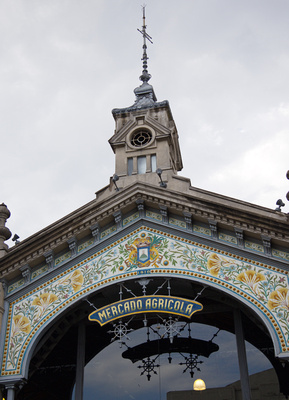 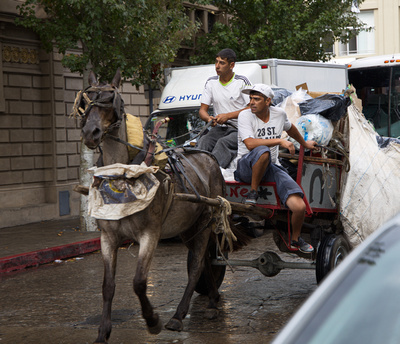 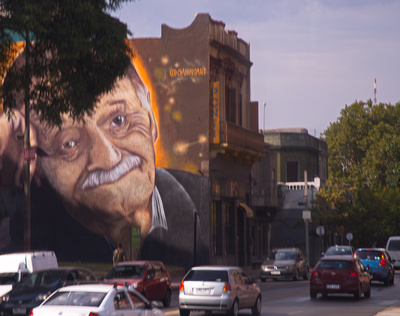 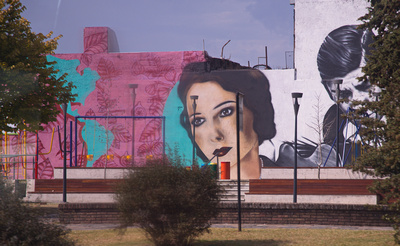 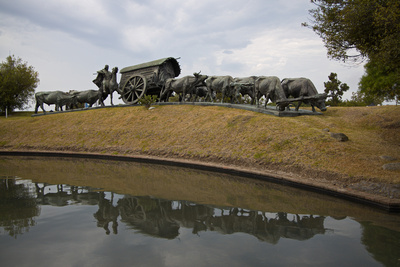 Bronze statutory of wagon and oxen 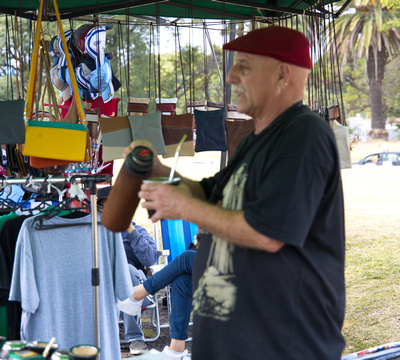 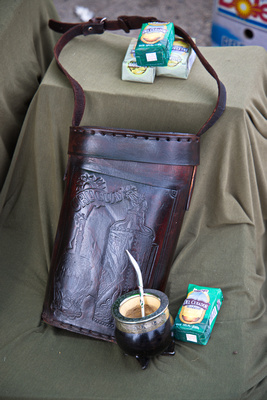 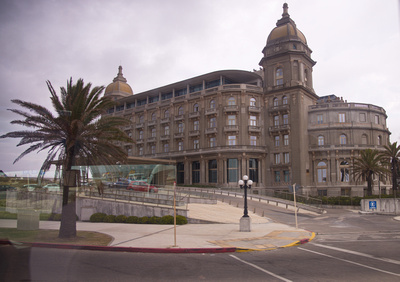 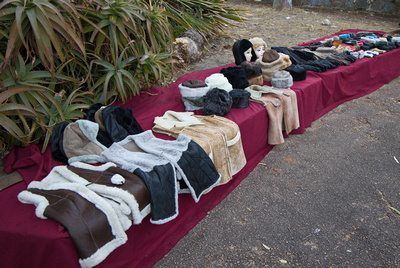 Clothing for sale made from nautural fibre and skins 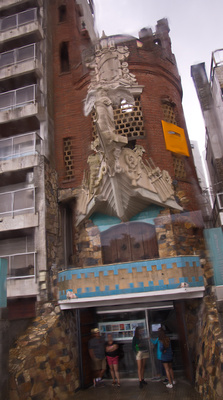 A uniquely designed building owned by an architect 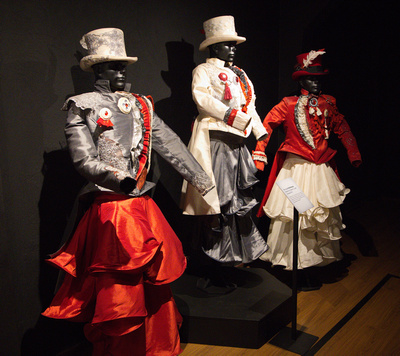 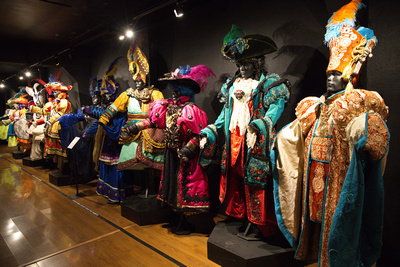 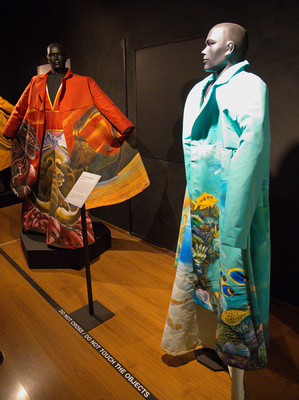 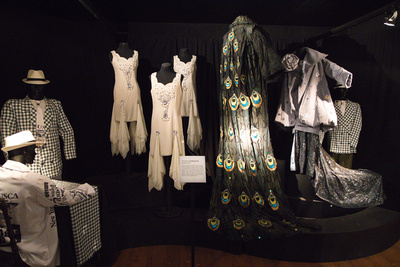 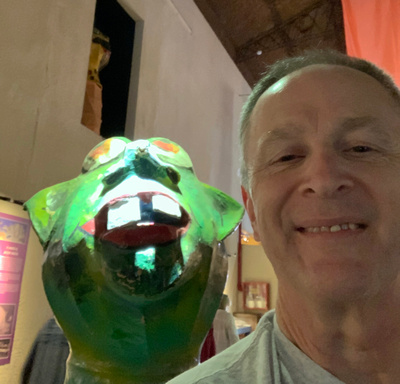 Joe beside a Carnival Mask 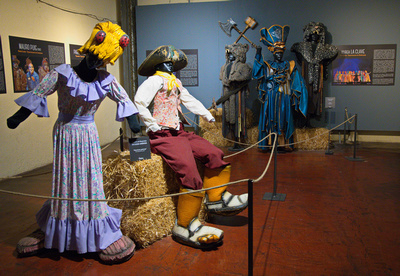 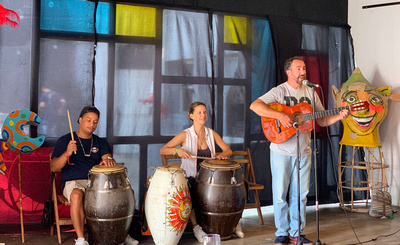 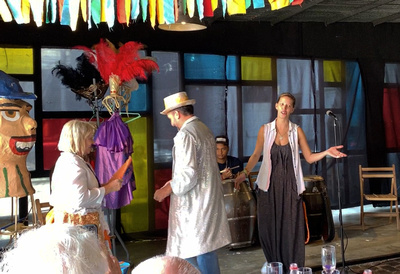 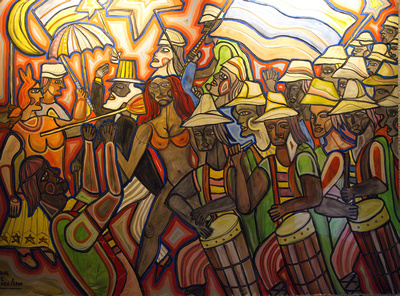 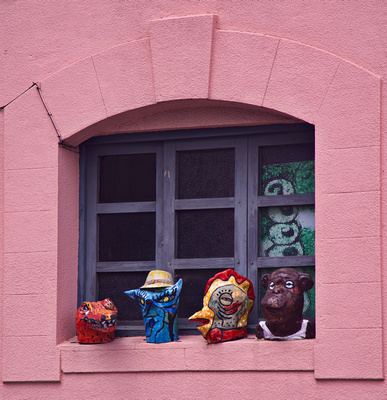 Figurines in the museum windows

Ships in the Plata River as Zaandam heads out to sea