My friends and I arrived in Auckland, New Zealand aboard the ms Volendam on the morning of October 22, 2010, after spending the previous 30 days cruising from Vancouver, Canada – 2010 South Pacific Cruise. The ship stopped in Bay of Islands and Tauranga before our disembarkation in Auckland. 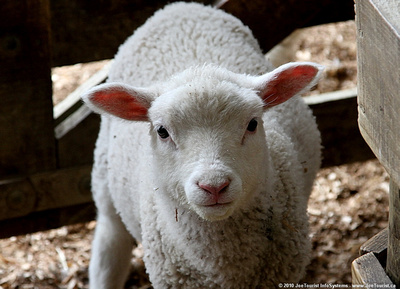 Once we disembarked in Auckland on October 22, 2010, we spent the next 16 days touring through the North Island in a rental car, staying in B&Bs. We left New Zealand aboard a Qantas flight on November 6, 2010.

My full 2010 itinerary is listed below. Feel free to click on what interests you, however if you click on the top-most item, there are links at the bottom of each page (just above the Comments section) to take you to the next destination – from beginning to end. This is the best way to explore the whole trip as it happened.

Photos of the North Island

Videos of the North Island

What I saw of New Zealand and its people I liked very much. To be honest, I was expecting a bit more culture shock after travelling so far, but it is obvious that New Zealand is very similar to Canada in many ways. We share our mutual compulsiveness for automobiles, cellphones, good coffee, the Internet, and eating in restaurants. New Zealanders tend to not greet each other on the street quite as often as Canadians do, but that’s not to say they are unfriendly – they are just a bit more reserved. Perhaps that is their stronger ties to England showing through. We are both Commonwealth countries, so we share our British Monarchy roots in our governments, laws, and values. Unfortunately, we also share our problems with land claims and poor treatment of our native populations, due no doubt to our shared British colonization heritage.

New Zealanders drink good quality beer – on par with our Canadian cottage breweries and local pub beers. New Zealand produces a great deal of wine, however I found much of it did not appeal to my palette. I’m not a wine connoisseur, so perhaps my opinion doesn’t count for much, but I prefer our VQA Okanagan wines from my home province of British Columbia to the (admittedly limited number of) wines I sampled in New Zealand.

New Zealanders have noticeably higher quality fresh food than North Americans are used to seeing in our food stores. Our fresh meats and vegetables tend to come from high volume food factories, so we are used to mediocre quality food at low prices. Our organic foods might be on par with New Zealand’s food.

On my first trip to New Zealand in April and May of 2004. I spent a grand total of about two weeks in New Zealand, and I didn’t have time to explore much of the North Island. In fact, all I saw was a bit of Auckland, the Warkworth area, the Bay of Islands area, and the east coast between Auckland and Opua. However, I did get to blue water sail from New Zealand to Fiji!

Please note, this travelogue is no longer available, since my JoeTourist Archive has been removed – the information it contained is too dated to be of value.