I had a good sleep last night and have breakfast in the room. I have lots of time to go to the Explorations Cafe for my all-important cappuccino since my shore excursion doesn’t leave until 10:20am. We start with a city tour in a bus, where we learn Buenos Aires aspired to being “the Paris of South America”. Neoclassic architecture obviously influenced by European design is to be found everywhere in the city. One of the widest streets in the world – Plaza de la Republica is a result of civic leaders ploughing whole city blocks just to emulate the wide streets of Paris. The city also has many huge office towers and other amenities found in all modern cities.

We are then dropped off for our Culinary Walking Tour, where we have a second, local guide to describe all the samples of food, wine and beer as we walk to three local restaurants, representing a variety of the Argentinian meat-focused cuisine:

My travel buddy took the subway from the dock area to downtown and found the wool shops she was seeking with help from some very kind locals, but the shops are closed since it is Sunday. She then ends up marching in a parade marking International Woman’s Day, which she found very moving. Guardian article 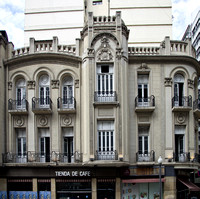 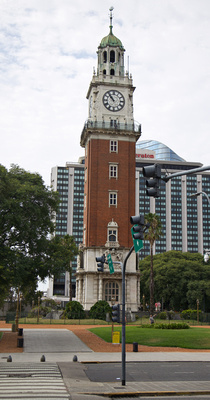 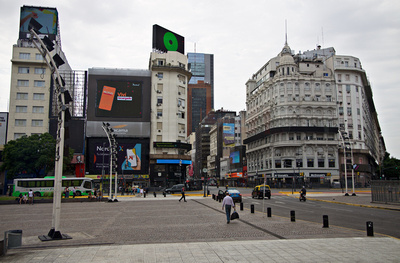 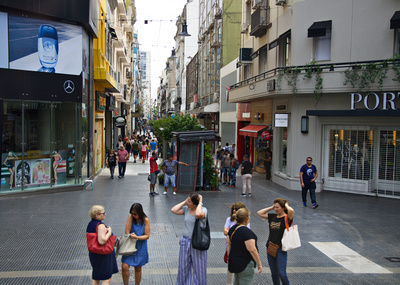 People enjoying one of the oldest streets and shopping areas

Buildings and boats on the water channel 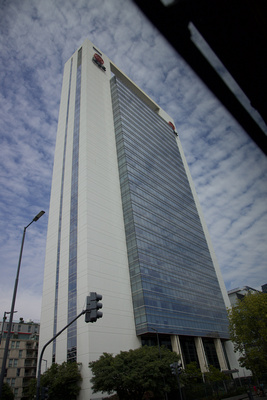 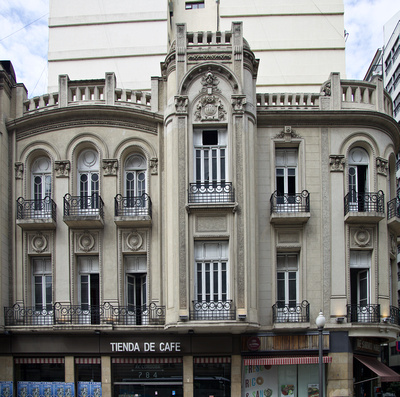 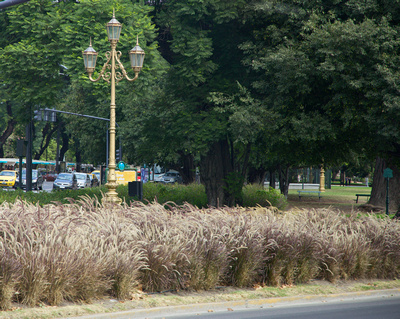 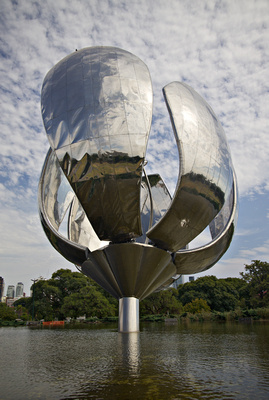 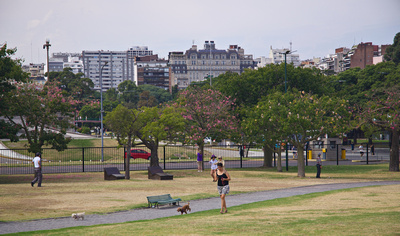 People walking their dogs and enjoying the park on a Sunday 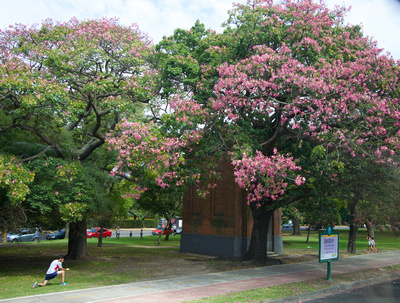 Pink blossom on the Palo Borracho – ‘the drunken stick’ tree

Monument to the Carta Magna and Four Regions of Argentina 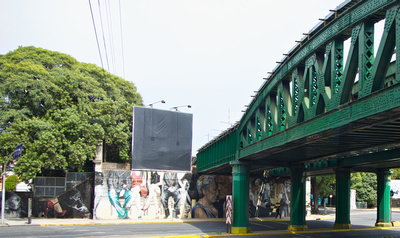 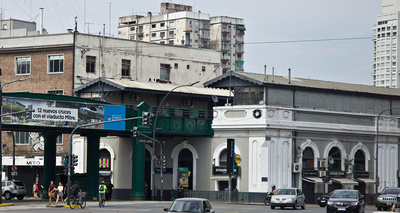 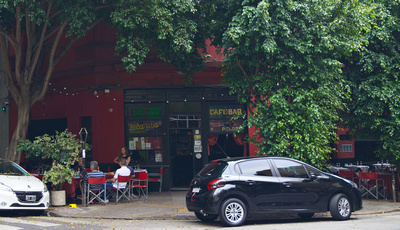 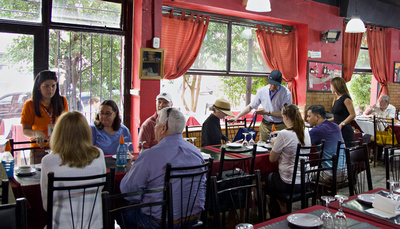 Our excursion group seated inside 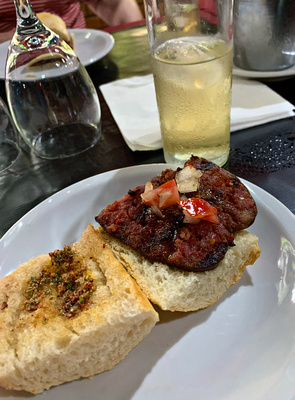 Chimichurri – beef sausage on a bun with two sauces 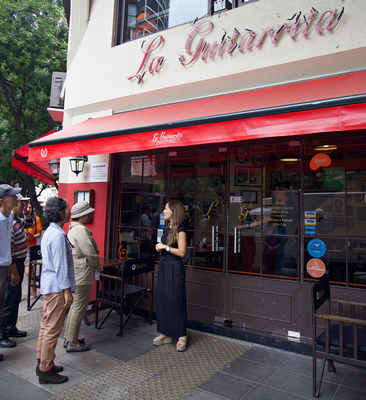 Our guide explaining our next culinary experience outside the restaurant 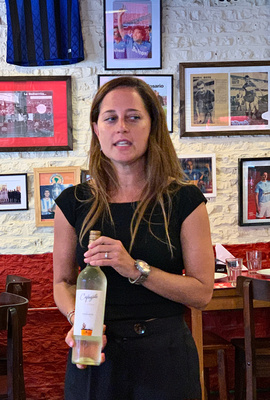 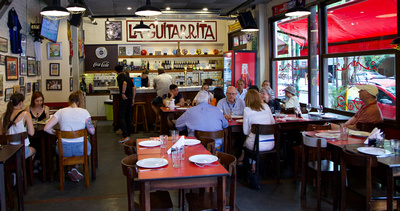 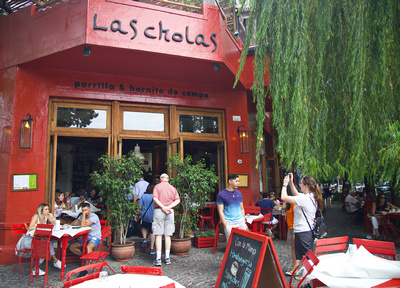 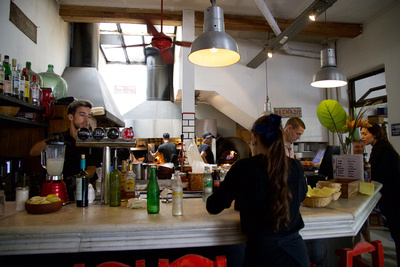 Panorama of the interior of the restaurant 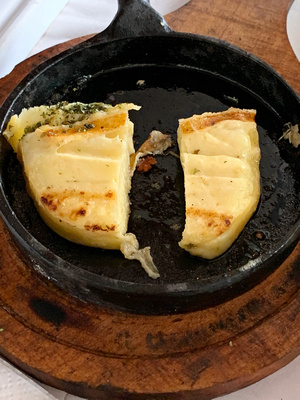 An Italian cheese designed to not run when grilled 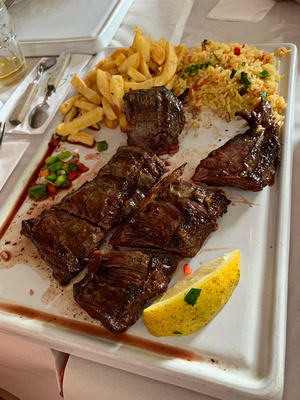 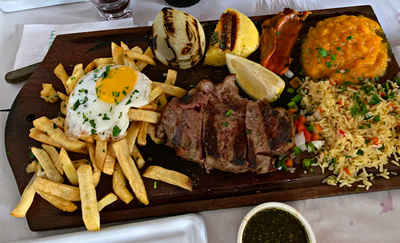 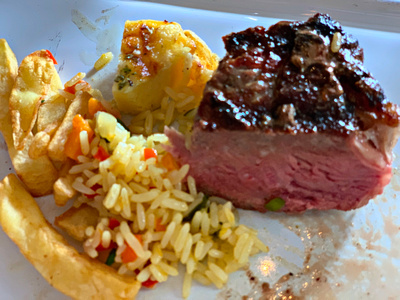 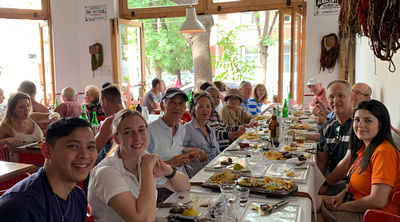 Our excursion group at the table 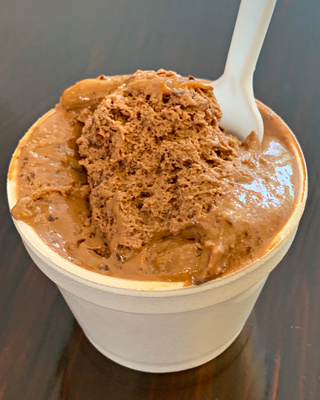 View of the city from the ship