I’m up first and have my morning coffee in the kitchen while Keith prepares breakfast, but my friends are soon up, so we move to the dining room for the main event. Keith makes us a wonderful meal to start the day: field mushrooms on toast with ham, fruit, cereal, homemade yogurt, and a vast selection of jams and marmalades, as well as more of his very good Bodum-style press coffee.

Keith suggests a route for us to drive today, which goes north to Matauri Bay, and then to Whangaroa (pronounced fang-a-roah). Both locations are superb, and we enjoy ourselves. The beach at Matauri Bay is outstanding and not crowded. The Rainbow Warrior was sunk by the French while the ship was in Auckland, and the wreck is now re-sunk just offshore from Matauri Bay, to be used as a diving reef. We stop along the way and take some photos of spring lambs and sheep in a beautiful pasture, and then drive a bit further to the lovely bay at Whangaroa. We climb the hill up to the pretty Anglican Church on the hill behind the village to take some photos. We don’t travel the complete route which Keith suggested, but perhaps tomorrow we will explore further.

Keith makes a reservation for us at the Pear Tree Restaurant for dinner this evening. We walk down the hill the short distance to the restaurant, which is right across the street from the Stone Store. There is a new pedestrian bridge across the Kerikeri River, which replaces the old single lane vehicle bridge that used to be there, so the road on the other side now dead ends at the Old Stone Store (where we ended up yesterday). Our meals at the restaurant are very nice, but we find the charge of NZ$120 pretty high for three entrees, three beers, and one dessert. 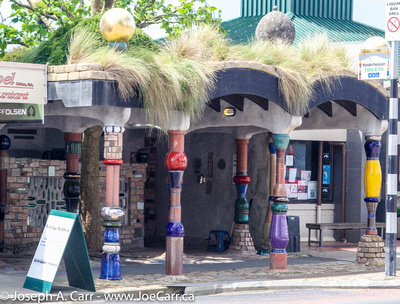 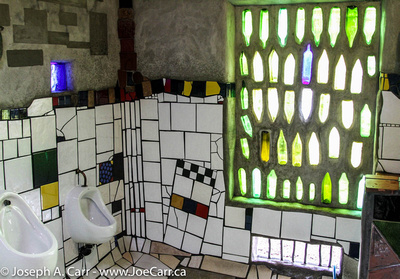 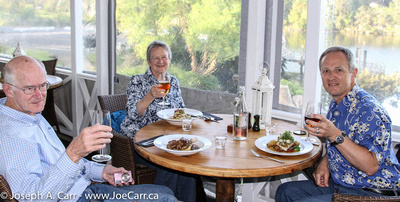 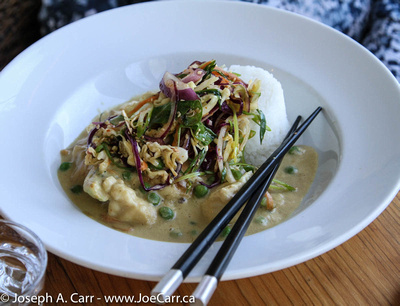 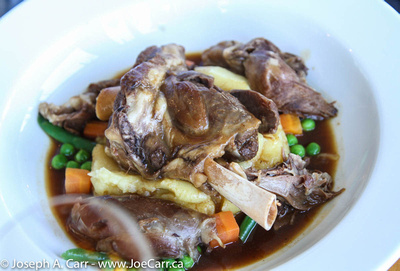 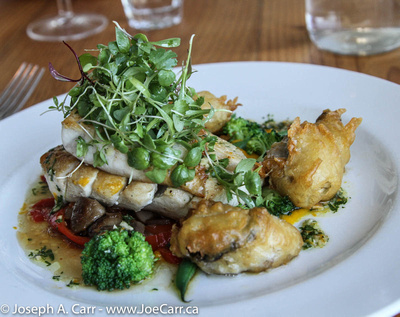 Catch of the Day & Tempura oysters 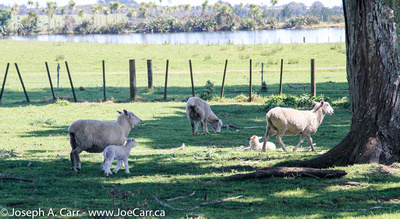 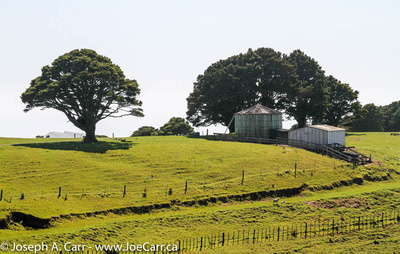 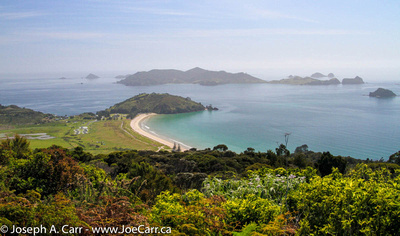 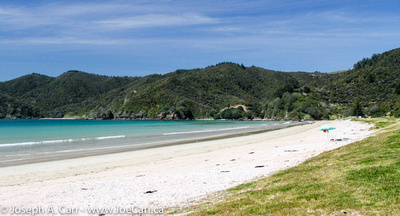 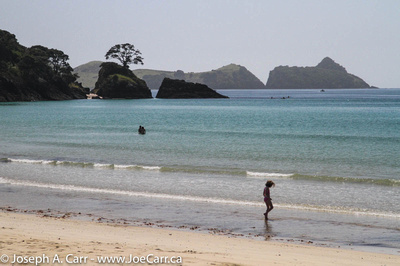 Swimmers at the beach at Matauri Bay 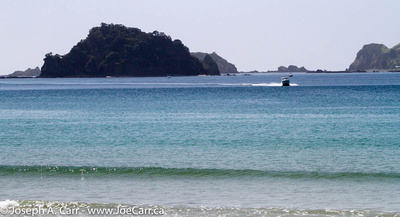 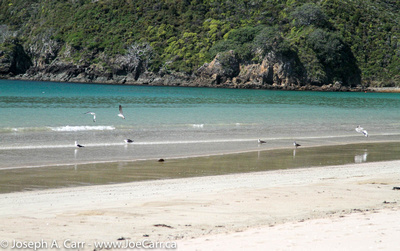 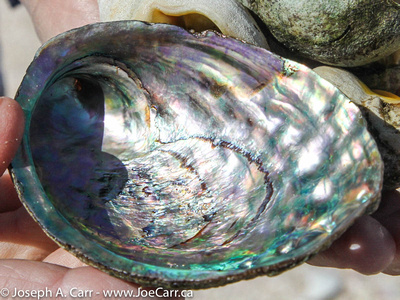 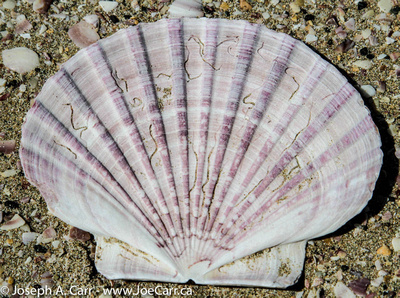 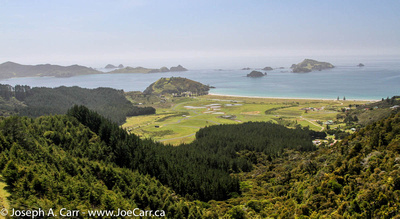 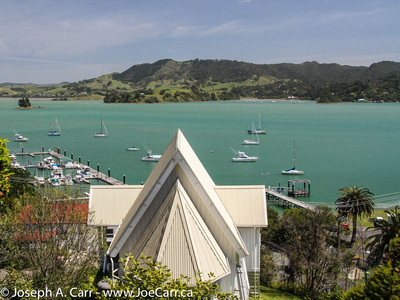 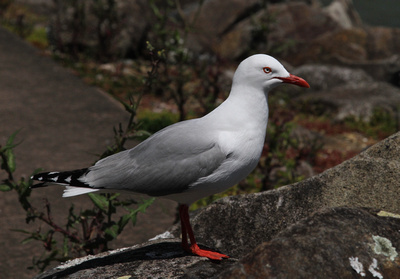 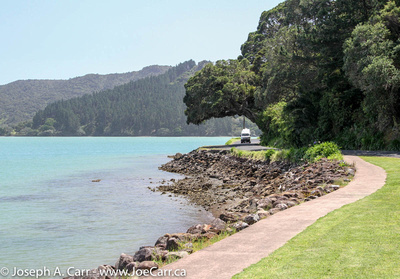 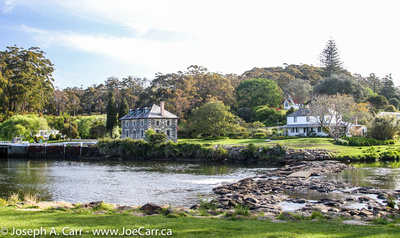 Old Stone Store and Kemp House across the Kerikeri River 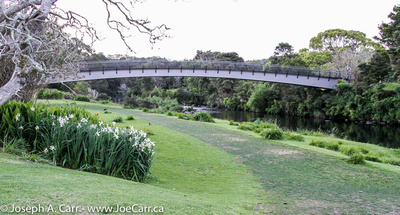 Pedestrian bridge across the Kerikeri River 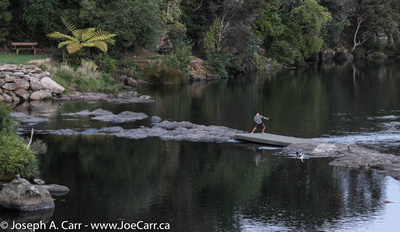 Boy playing on the Kerikeri River downstream from the pedestrian bridge 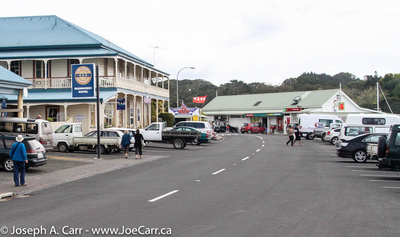 The old Mangonui Hotel and other shops 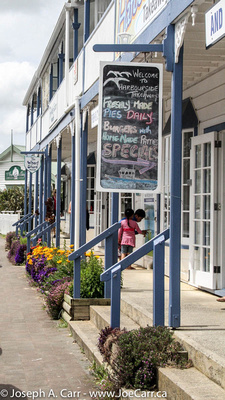 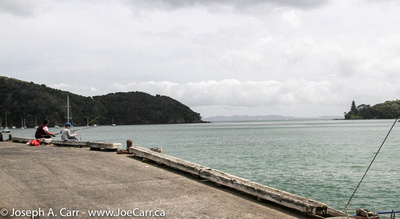 Fishing from the Mangonui fish dock 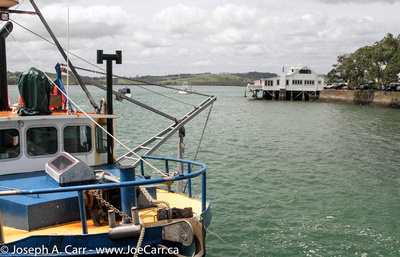