I had originally planned to stay aboard the ship in Lombok, however I booked the Fascinating Culture of Lombok shore excursion yesterday, in order to get off the ship and see some of this Indonesian island. The ship is anchored, and we use private tenders to get ashore today. These tenders are big and powerful, in order to cope with the currents and tides in the area.

When we arrive at the Nusa Tenggara Barat Province Museum, there is a local musical group using traditional instruments to greet us with music. The museum itself is modest, but there are interesting displays of artifacts from the area, including traditional Kris knives, drums, marriage costumes, and gold jewelry.

We make a shopping stop at a pearl shop in the central city of Mataram. I stay outside and take photos and video of the traffic on the street.

Narmada Water Palace consists of a large artificial lake whose shape resembles Segara Anak in the caldera of the Rinjani Volcano. It was built in 1805 by the Raja of Mataram after he became too old to climb Rinjani to deposit offerings in the sacred lake there. Narmada’s temple, Pura Kalasa, is still used; the Balinese Pujawali celebration is held here annually.

There is holy water available to anyone, so several of our group partake. Personally, I would never trust such water, but our local guide insists it is pure spring water. There is also a public swimming pool on the same site.

Our second temple stop this morning is at the twin temples for both Hindus, Muslims and all others at Pura Lingsar. This is a large temple complex built in 1714, and is the place of worship for Wetu Telu Islam, and is open to all others. The second temple in the northern section is exclusively for Hindu worship, and features a fountain.

As we head north, the road rises over two small hills offering panoramic views of the sea. We have an Indonesian buffet lunch at the Sheraton Senggigi Resort.

In contrast, our final stop is in Banyu Mulek village, which is famous for handmade pottery. We are taken into the village on a traditional horse cart called a cidomo, to see the skilled villagers make clay into beautiful pottery. They seem to use rice straw to fire the clay instead of kilns.

On the way back to the ship, we are caught in a wedding parade (see banner photo above). The bride and groom walk down the main street, and all the villagers come out to see them. On Lombok, tradition dictates that the couple elope to get married, and then parade in their local community to let everyone know they are married. 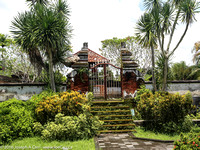 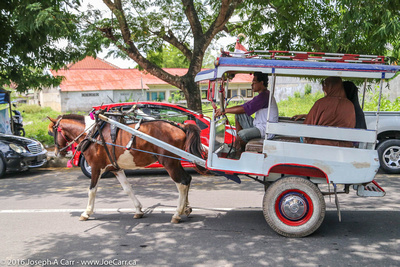 Street traffic, including a traditional horse cart called a cidomo 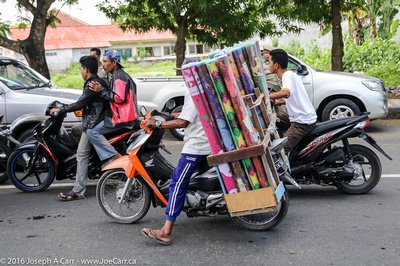 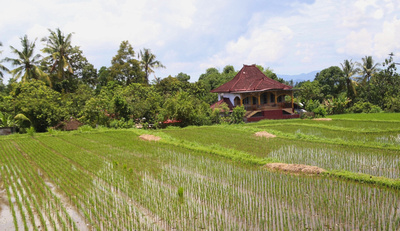 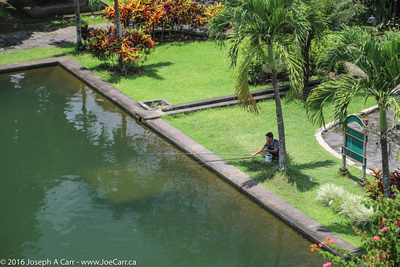 Fisherman on the artifical lake 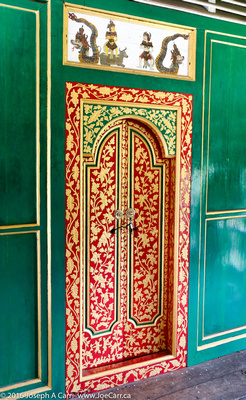 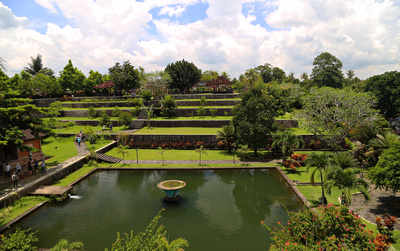 Terraces and the artifical lake 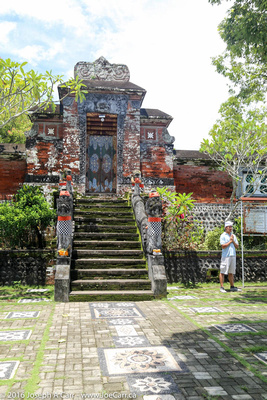 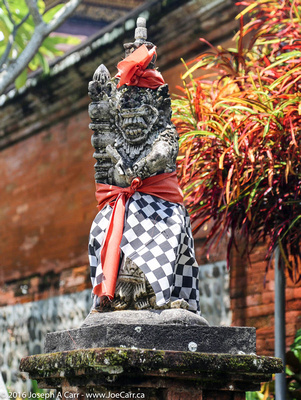 Monkey statue guarding the corner of the temple 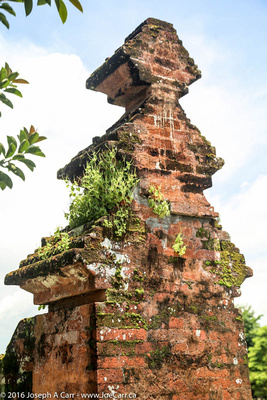 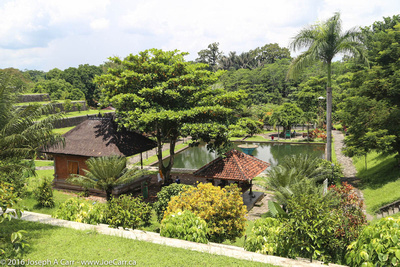 Panoramic of the palace grounds and pond 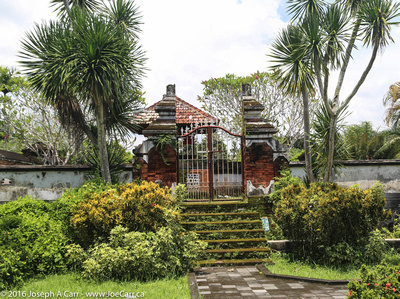 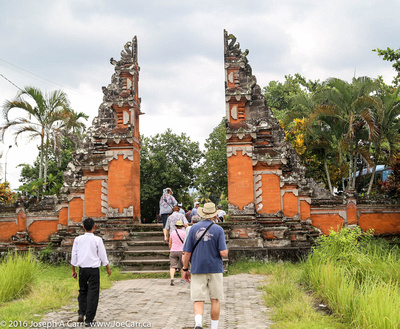 Gate to the temple grounds 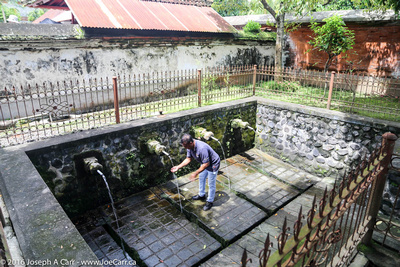 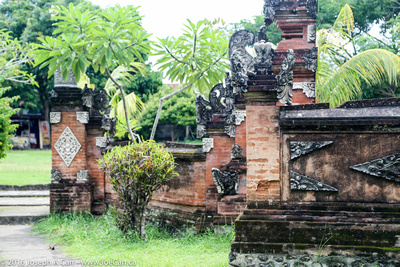 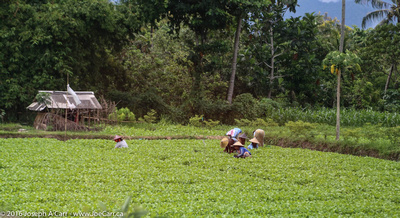 Working in the rice field 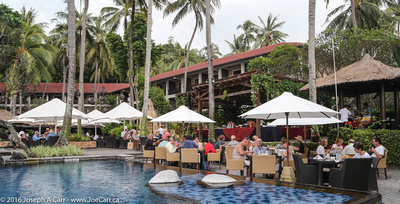 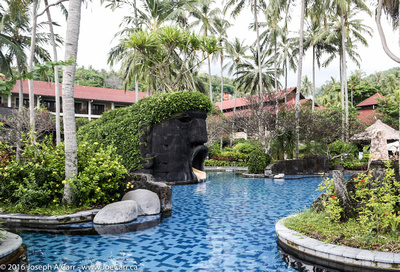 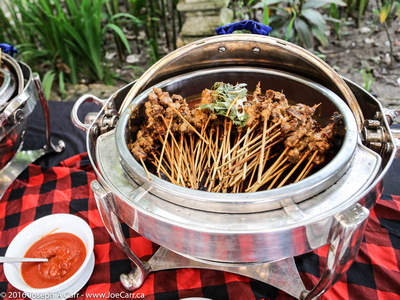 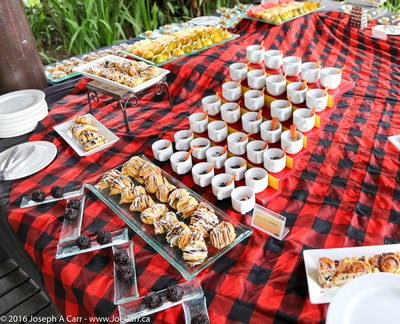 Burning off the rice field after harvest 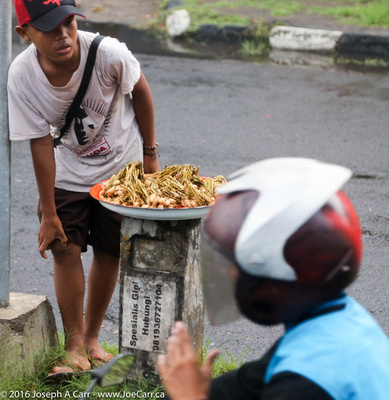 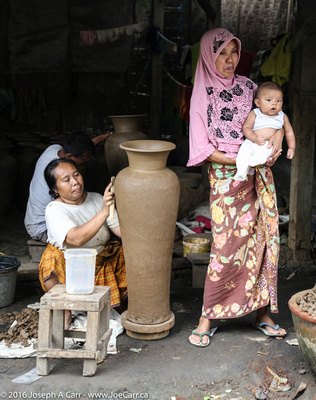 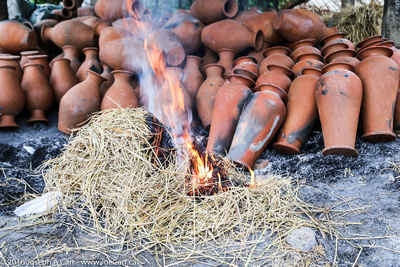 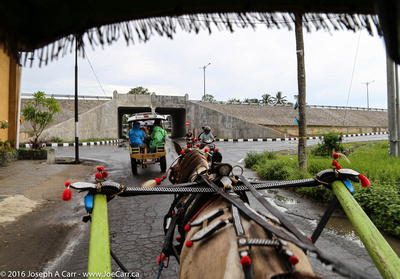 I’m riding a cidomo through a freeway underpass 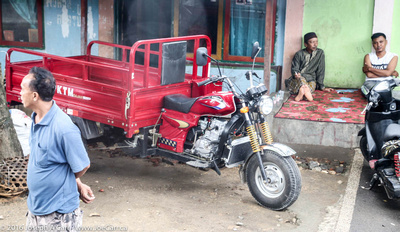 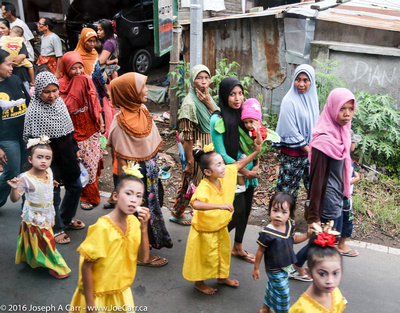 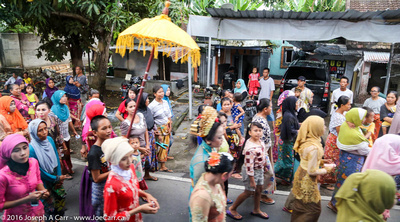