It is cloudy again today in Vanuatu as we pull into the dock in Port Vila right on time. I take another shore excursion this morning to Paradise Cove, which is only a short distance on a motor sailboat from the main town. The underwater wildlife in this area is nothing short of amazing. I see more varieties of fish, coral, and other creatures in the hour and a half we have to snorkel than all my other snorkelling adventures combined. Too bad my underwater camera is hooped; however I get a copy of someone else’s underwater photos, so at least I have a record of what I saw.

Port Vila is much more prosperous than Luganville, and is such a pretty location, with the harbour surrounded by a series of small islands. There are lots of upscale resorts and homes built around the harbour, and some very exotic yachts are to be found in this harbour. As with yesterday, it is nice to return to the comforts aboard ship after our shore excursion. Hot showers, good food, air conditioning, clean surroundings, and warm greetings from all the staff make for such a welcoming home-away-from-home. 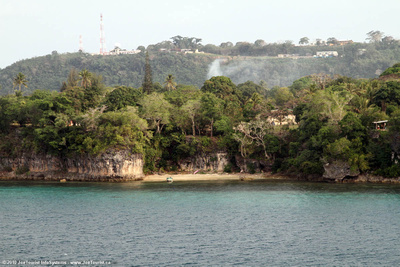 Beach and homes on Ifira Island 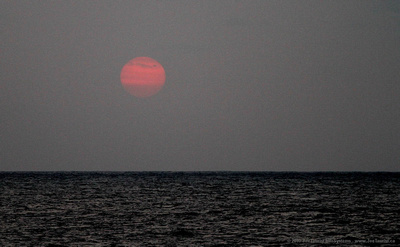 Sunset – Sun being obscured by clouds near horizon 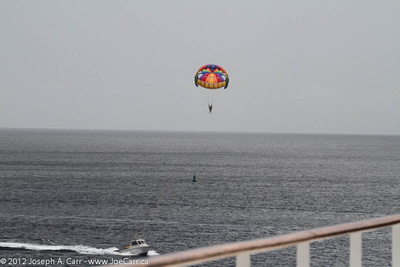 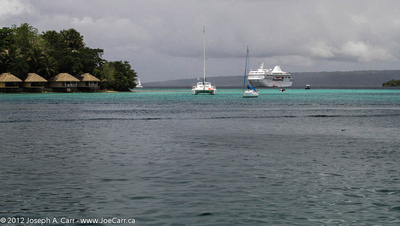