I wake up around 5:30AM this morning as the transverse thrusters are turned on in preparation for our arrival in San Diego. This has been my wakeup call whenever the ship is arriving in port throughout the whole cruise. Thom the Cruise Director comes on the PA system at 6:30AM explaining how the disembarkation process will work, although we were already briefed at the Farewell Event yesterday. My deck ends up being called upstairs to clear U.S. Immigration fairly early, so after I’m cleared I go to the Lido buffet for breakfast around 8AM. I get to say goodbye to my steward who calls me by name and is always joking around.

The immigration clearance is going well for the rest of the passengers, and they appear to be ahead of schedule before things go off the rails. They can’t find a Mr. Jones, and until every last person clears immigration, nobody can leave the ship. The Express Departure time of 8:45AM goes by, as well as our departure window of 9:00AM. Finally about 9:15AM, they announce the Express passengers can leave the ship. We are finally called at about 9:45AM, which still leaves us plenty of time to find our bags and catch a taxi to the San Diego airport. After arriving about 20 minutes later at the airport, we check in with no line up, and then it takes 20 minutes to go through the security check to get to our gate.

There are lots of Rotterdam passengers aboard this flight, and the flight is also full of holiday travellers. San Diego airport has free Internet like Vancouver, which is a great idea. Of course, the system is swamped, but I manage to catch up with my email and browse Facebook before they start loading the flight. As usual, Alaska Airlines is using a newer Boeing 737-800, and flight 483 departs on time at 12:20PM. I manage to take a few photos of San Diego from the air before the aircraft turns north.

Alaska Airlines offers in-flight Internet through the Gogo service. They want US$9.95 for the two-hour flight, which is a bit rich, but I might be interested if this were a longer flight. As the flight progresses, the landscape changes from farming valleys with irrigation ditches to desert, and later to frozen lakes and some snow cover. We hit a few bumps in the middle of the flight, so the pilots climb to a new flight level and things smooth out again. Horizon Airlines flight 2388 from Seattle to Victoria leaves on time, my bag appears on the belt in Victoria Airport, I clear Customs and Immigration, and I’m driving home by 6:30PM. It’s good to be home. 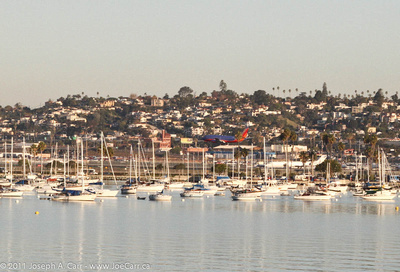 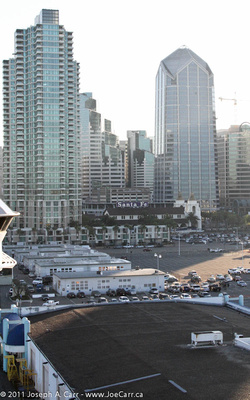 Santa Fe railway station, across the street from the cruise terminal 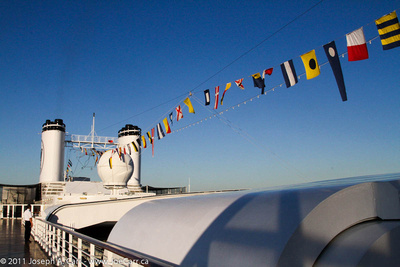 Flags on the Rotterdam 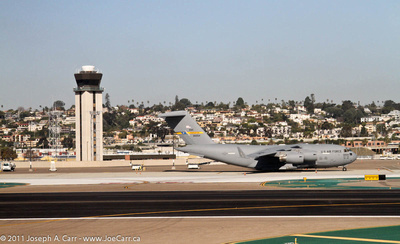 San Diego airport tower and US military aircraft on runway 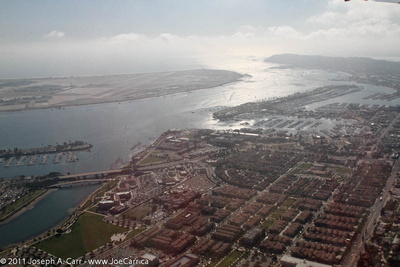 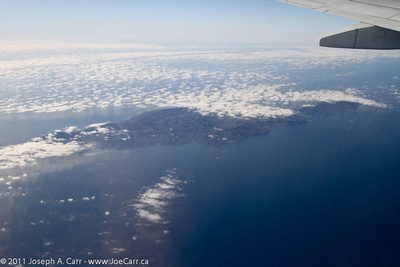 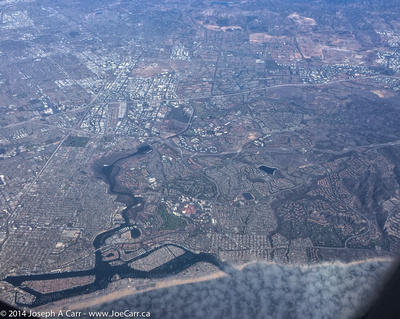 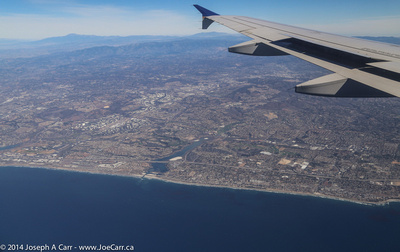 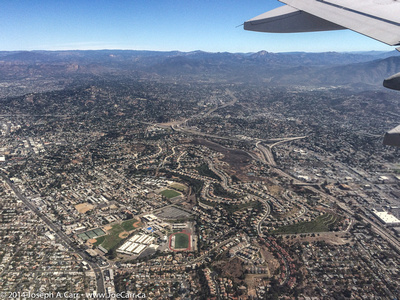 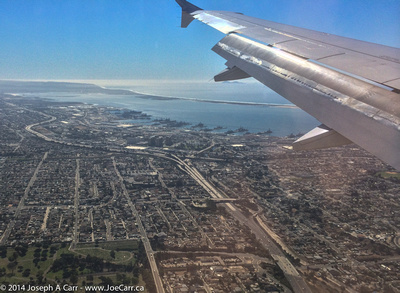 Naval base in San Diego harbour 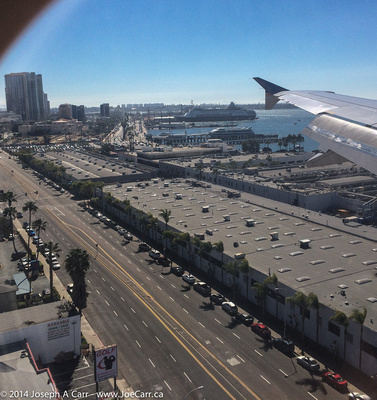 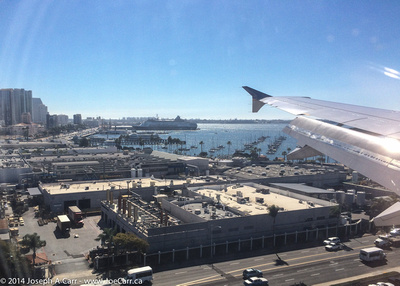 Appetizers on deck as the Statendam departs San Diego at sunset 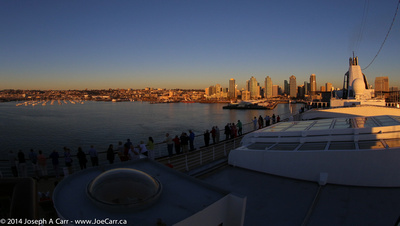 Departure of Statendam from San Diego at sunset 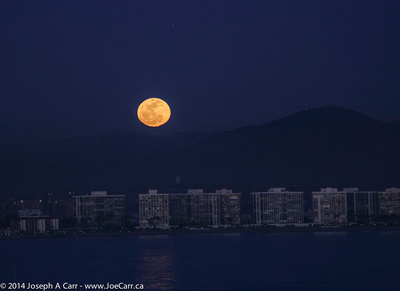 Moon rising over the hills to the SE