As with all our hotel arrangements, my stay at the Royal Swazi includes breakfast, but this morning I just can’t face a full English breakfast of eggs and bacon. Instead, I have hot cereal, fruit, and brown toast. I catch the shuttle back to the Lugogo Sun Hotel and check in with Craig and board the bus. This is certainly the property the group tours use – there are people and buses everywhere this morning as everyone gets ready to depart. The Royal Swazi was tranquil in comparison.

Craig tells us some of the history of Swaziland, and we are taken around to see the royal compound where the old Swazi king Sobhuza II lived. He had 70 wives and over 1,000 grandchildren! The new Swazi king Mswati III has 14 wives at present. Apparently a Swazi king is expected to marry a woman from every clan in order to keep good relationships with every corner of Swaziland. The current King isn’t very popular, since most Swazis think he spends too much money on himself and his wives (which appears to be true). A giant road sign near Manzini wishes the King a happy 40th birthday. Swaziland has the highest HIV/AIDS rate of any country in the world.

We stop at the Swazi Candle factory and a roadside fruit & curio stand before we get to the border point at Golela by noon. We wait for a half an hour in the hot sun to clear South African customs and immigration, however Craig assures us that wait times at the other border points into South Africa from Swaziland can run to several hours. We are just grateful to be back on the air conditioned bus, and on our way to St. Lucia, located on the Indian Ocean coast. We stop at a highway rest stop and I have lunch at Wimpy’s again – ordering the hake fish & chips. It is very good and cost less than 50 Rand (US$5.00) including a small Coke.

We arrive at the Protea Hotel in St. Lucia at 4pm and soon learn this whole area is under severe water restrictions. The municipality shuts off the water at 9pm and doesn’t turn it back on until 5am. They also turn the water off midday from 10am-3pm. The hotel is no great shakes, but it will do for the night.

Most of us take the St. Lucia Estuary Boat Cruise at 5pm, which cruises up the estuary showing us some of the wildlife along the shores: African Fish Eagle, Goliath Heron, Hippopotamus, Kudu, and some smaller animals. I don’t think it is up to the standard of the Chobe River boat cruise in Botswana, but I take my best photos and video of hippos and African Fish Eagles on this cruise. I’m a bit annoyed by my group – they won’t stop talking, so the wildlife are skittish. The guy at the helm of the boat runs right over a hippo – such an idiot! This is one of South Africa’s World Heritage sites, however the South Africans need to take better care of it.

On the way back from the boat cruise, Craig tells us about the timing for the Hluhluwe-Imfolozi Game Reserve open vehicle safari tomorrow morning. Our wakeup call will be 4:45am, and we need to be out the door by 5:15am! He says the safari will end around 9am, so that works for me. I guess lots of us will be sleeping on the bus as we proceed to Durban tomorrow.

This evening I go to Alfredo’s Italian restaurant for dinner, which is located across the street from the Protea Hotel in St. Lucia. This is a family run restaurant with very reasonable prices. I order the Seafood Misto (prawns, line fish & calamari strips), an Italian salad starter, and a glass of wine. This is the best seafood I’ve had in a long time. Total cost is 190 Rand (US$20) – a very good price! This meal would be at least double the price in Canada. I had a Cappuccino to finish – a bit watery, and the décor is drab, but overall I highly recommend this restaurant because of the excellent food and good service. 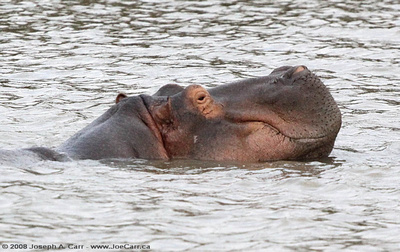 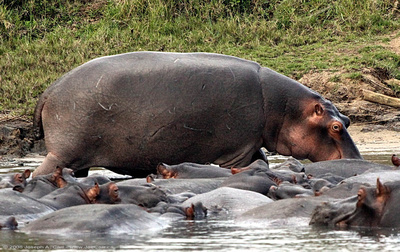 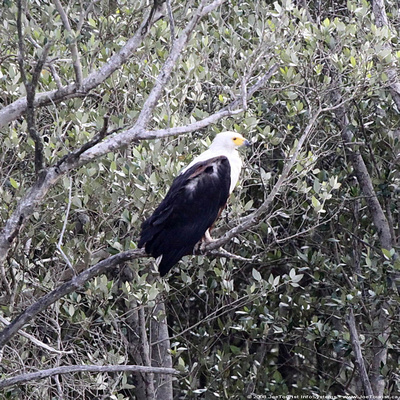 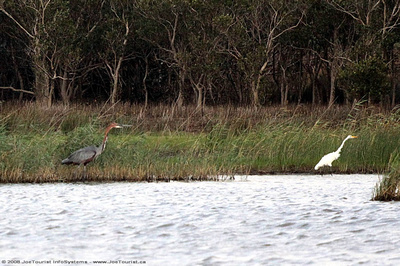 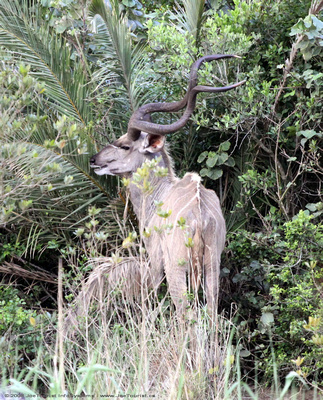 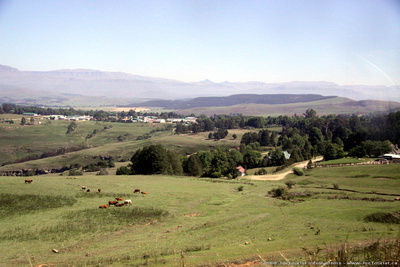 Wide open vistas with the Drakensberg Mountains in the distance 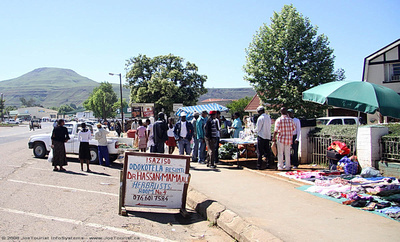 Flea market and shops in the centre of Underberg

Farming in the Drakensberg Mountains 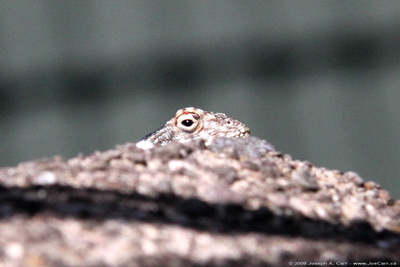 A Gecko peeking out 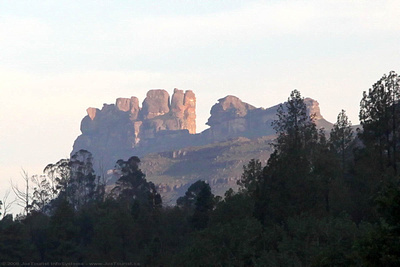 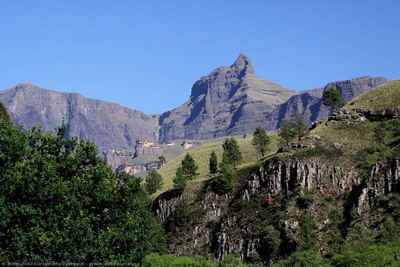 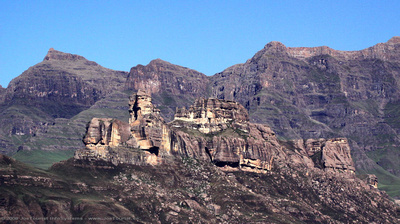 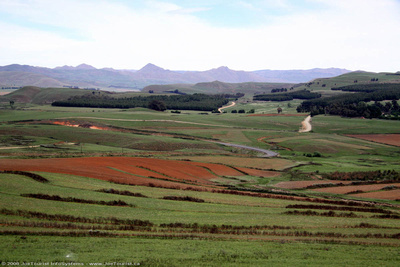 Farming in the Drakensberg Mountains area 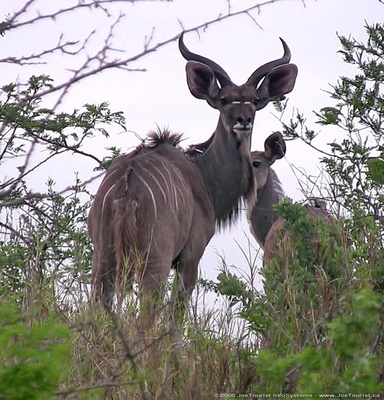 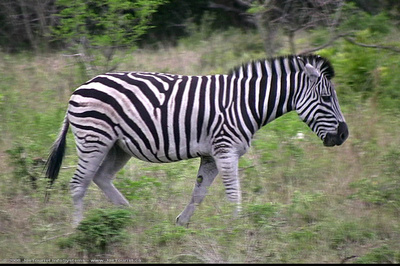 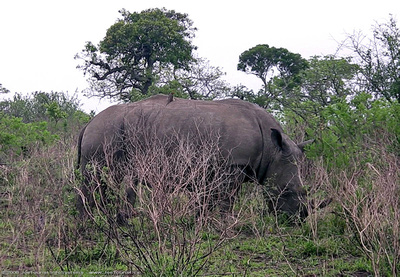 White Rhinoceros grazing beside the road 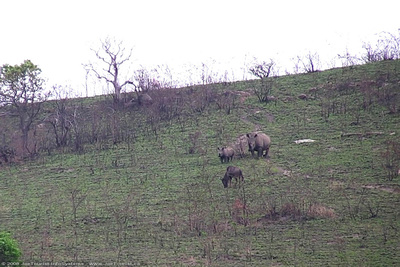 Black Rhinoceros grazing on the hillside