August 29, 2014 – Friday – flight from Victoria, Canada to Amsterdam, The Netherlands

I am up early this morning, get out the door and take a taxi to Victoria airport. I check my bags through to Amsterdam, and wait for my flight to Seattle to depart. Alaska Airlines/Horizon Air is using the usual De Havilland DHC8 Dash 8-400 turbo-prop aircraft. Once I arrive at SeaTac airport, the travel stress kicks in. I forgot that this is the Labour Day weekend, so everyone is traveling, and flights are full or overbooked. So this means lots of kids and families are in the air terminal and on the flights.

Immaculate timing meant that our little flight from Victoria arrives at the same time as a couple of large aircraft from the Far East. Despite this, I clear US Immigration quite quickly, since there are new automated kiosks that Americans and Canadians use. The kiosk takes my picture and scans my passport, I answer a few questions on a touch screen, and I’m good to go. This is a big improvement and much faster than going through a normal immigration interview with an immigration agent, especially when these large foreign flights arrive. Of course, most of those people have to go through the regular procedure of seeing an immigration agent, but I’m done in about two minutes!

I retrieve my bags from the carousel and go through US Customs. Thank goodness our bags arrived first on the carousel that is also assigned to a big airliner arriving from China. I re-check my bag and go through a security check. Of course this is the TSA, so I have to take my shoes and belt off, and take my notebook computer out of the bag. Thankfully my flight on Delta to Amsterdam is in the same terminal, so I am saved from using those dreadful trains that run between the SeaTac terminals.

The good news I discover at the gate is that the aircraft is already there, despite me arriving about two hours before loading time. The bad news is the crowds of people in the waiting lounge. Loading takes way longer than expected – chaos barely under control is the way I would describe it. How they all fit in the aircraft is astounding!  We eventually roll away from the jet way almost an hour late, however the pilot assures us he expects to make up all but 15 minutes of the delay during the flight. Let’s hope so, since many of the passengers I talk with are concerned about making their connecting flights. I don’t personally care, since no matter what time we arrive, I’m going my hotel in Haarlem, a small city between the airport and Amsterdam.

My seat on the aircraft is right beside two restrooms, but at least I have the window seat. The young Belgian guy sitting beside me in the isle seat has to put up with people waiting to use the facilities. The Delta crew serve us drinks shortly after the flight takes off. Beer, wine and cocktails are all free, but I just have some Coca Cola. I observe the great circle route on the monitor in front of me as we progress on our track at 33,000’. It is a smooth flight in Delta’s fairly new Airbus A330-200.

We have a very nice flight over to Amsterdam. As we fly over the southern tip of Greenland, the most spectacular aurora appears. It is so bright, it reflects off the cloud cover below us. Later during the pre-dawn as we fly south of Iceland, I observe Venus and Jupiter in the eastern sky.

Amsterdam’s Schiphol airport is huge and quite dated, but I manage to retrieve my bag, clear customs, and leave though the correct exit without a problem. I follow the instructions which the Rick Steves tour gave me, since I have to take a local bus to Haarlem, the city where I am staying until the tour gets underway. I find the bus stop, the bus comes, and I’m on my way in no time. The fare is only €4.50, versus about €45 to take a taxi. The bus drops me off at the terminus in Haarlem (which is also the train station), and I walk the few blocks to the hotel. Initially I get lost, but eventually find my way. I’m very tired, and just can’t concentrate.

After checking into the Hotel Ambassador, I have a shower and go to bed, and manage to sleep for several hours. I’m feeling a bit better when I awake, and go for a walk with my camera. There is a local market on the Grot Mark, which is right next to the Grot Kerk, the main church in Haarlem. Haarlem has very little vehicle traffic. Most people walk or bicycle. There are thousands of bicycles of all descriptions, and there are dedicated bike roadways, although wearing helmets is not mandatory, and virtually nobody wears one.

I meet a member of the tour group in the hotel, and we have dinner next door at Café Colette restaurant. We both enjoy our meals, so I’ll file this away for future reference.

There are hundreds of cafes, bars, restaurants, fast food kiosks and shops, however I have yet to see an American fast food outlet. Smoking is widespread in the Netherlands, and it is allowed almost everywhere. That is a real step back as far as I’m concerned, although I see very few overweight people here. I suspect many people who live in the cities simply don’t own cars, since they are so expensive to own and operate. In Haarlem, parking runs to several Euros per hour, and is scarce. 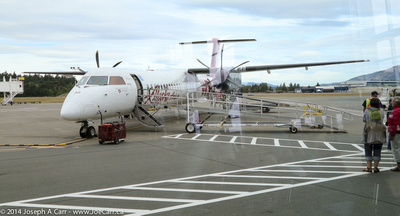 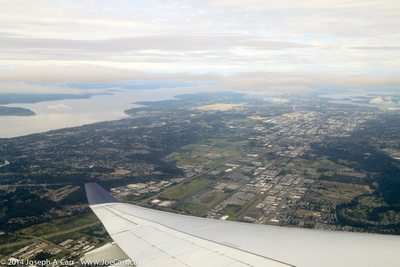 Looking north toward Seattle after takeoff from SeaTac airport 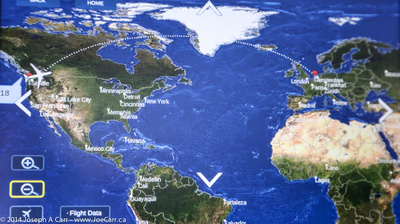 Beginning of the flight northward out of Seattle 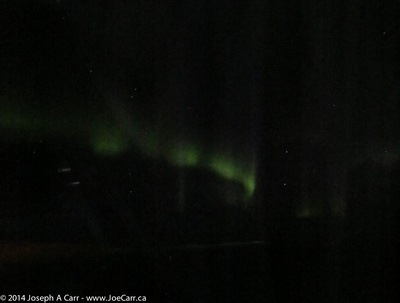 Aurora over Greenland from commercial airliner 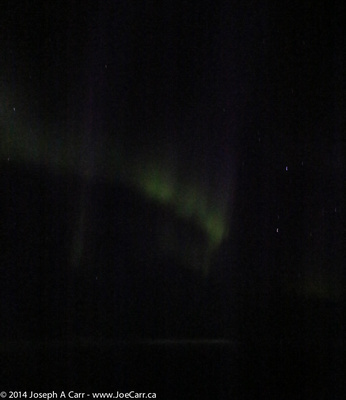 Green aurora with some purple spires over Greenland from commercial airliner 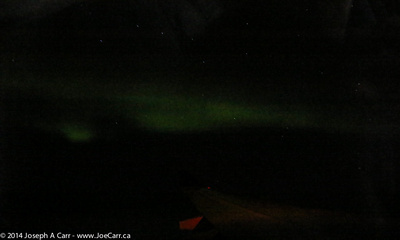 Aurora over Greenland from commercial airliner with the Big Dipper above 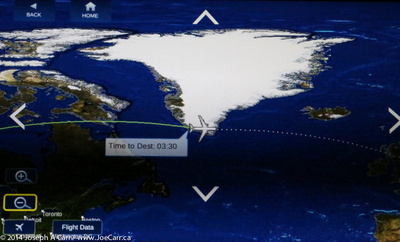 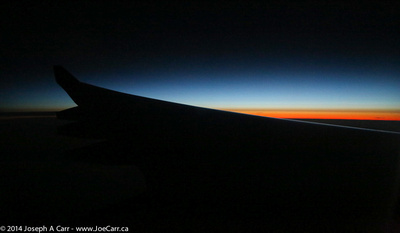 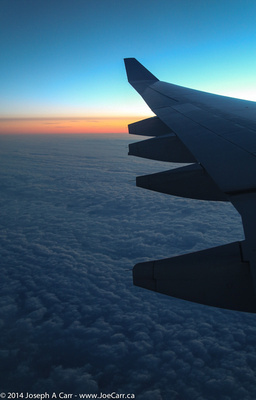 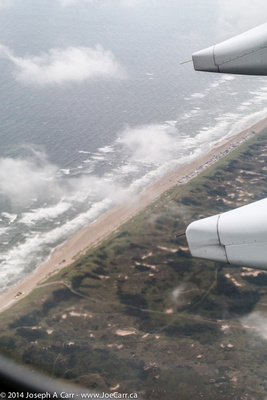 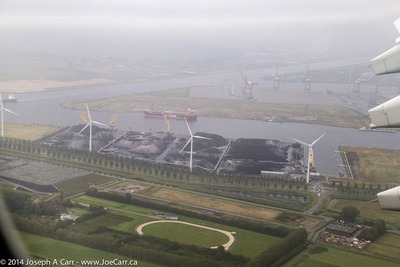 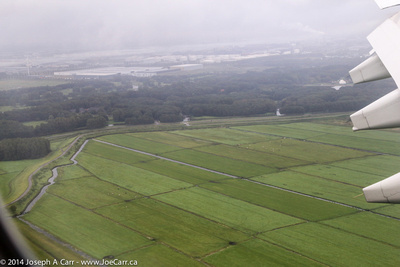