We are out the door by 8:50AM for a full day of touring Amsterdam. We take the inter-city train from Haarlem to Amsterdam Centraal train station (takes about 10 minutes). Across the street from the train station, we catch a tram to the Anne Frank House and walk in ahead of the long line already forming. It is surprisingly emotional to actually see the hidden rooms where the two Jewish families hid from the Nazis during WWII.

The rooms are devoid of furniture and there are no photos permitted inside, as per Otto Frank’s wishes. The stairways are narrow, and the rooms feel so small. As Anne wrote in her diary, having the windows shuttered was depressing, and it must have been a huge challenge to keep still during the day in order to make no noise that might be heard by the businesses operating below the hidden rooms.

Jennifer then takes us on a walking tour of Amsterdam. First stop is the Pink Triangle granite Homomonument in the canal, celebrating homosexual civil rights and freedoms. The Netherlands was one of the first countries to recognize gay and lesbian rights. Spinning around the main Dam square in the city, we see: the massive Neo-Gothic retail store Magna Plaza, Madame Tussauds Wax Museum, the Nieuwe Kerk (leading art venue in the city), and the Royal Palace. Unfortunately, we don’t have time to explore Dam Square.

After a stop for a late lunch, we find our way back to the Rijks Museum for an escorted tour. I must endorse taking an escorted tour through this museum, since there is so much art history to appreciate. The guides are wonderful! The museum doesn’t just feature paintings by Rembrandt, Vermeer, and other Dutch masters; there is furniture, applied and Asian art, sculpture, fashion, ship models, weapons, and all sorts of artifacts illustrating Dutch history. Just to cap it off, I bump into friends from home in one of the galleries – what a surprise!

By the time we leave the museum some of us need some respite from all the walking and standing, so we stop for a mid-afternoon beer and wine break in one of the local bars across the street from the Heineken factory. Afterward, we see some fascinating glimpses of Amsterdam by taking a one hour canal boat cruise.

Our final walk of the day takes us to Amsterdam’s Red Light District for a quick glimpse at the girls displaying their wares. As a contrast, we also see the outside of the Oude Kerk (Old Church) located in the same district, before finally taking the inter-city train back to Haarlem and our hotel.

It has been a long day!

Amsterdam is obviously a prosperous city, since it has huge retail, government, and cultural sectors, and they all appear to be thriving. By all accounts, housing is exceedingly expensive in the city. Many people who work in the city must live elsewhere and commute by train. One thing is certain, most of them ride bicycles…there are huge bicycle parkades in the city, and they are everywhere you look. 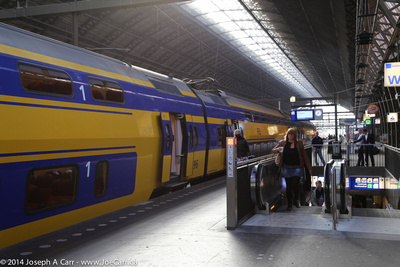 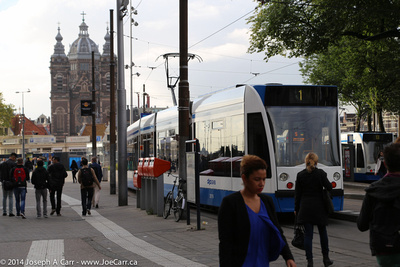 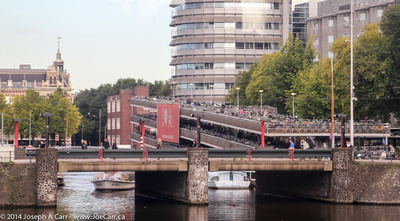 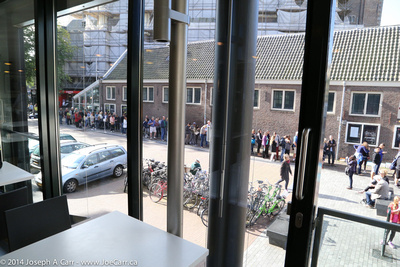 Lineup for the Anne Frank House 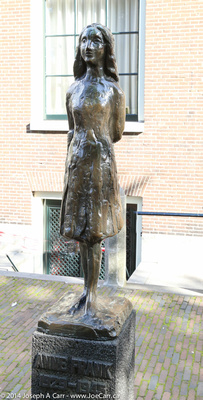 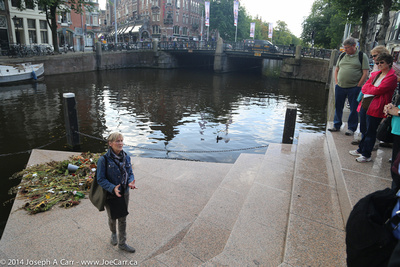 Jennifer talking about the rights and freedoms in Dutch society 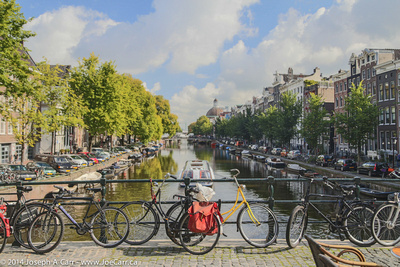 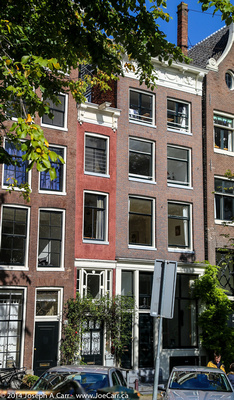 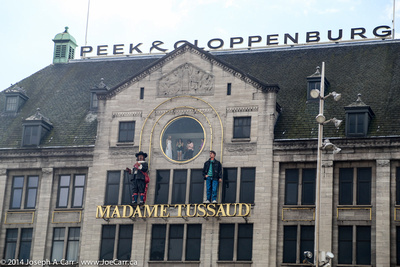 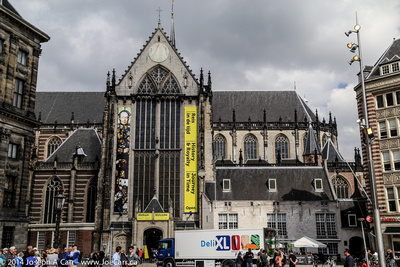 Nieuwe Kerk, the main church in the civic square 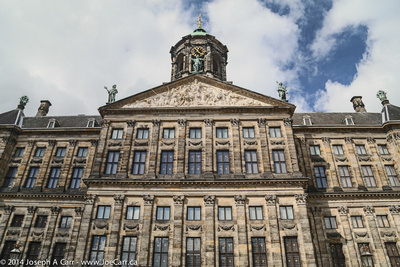 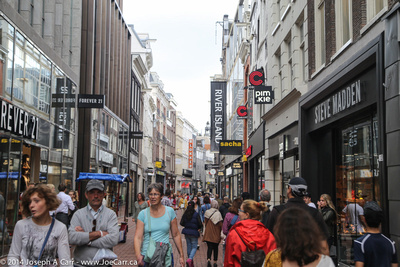 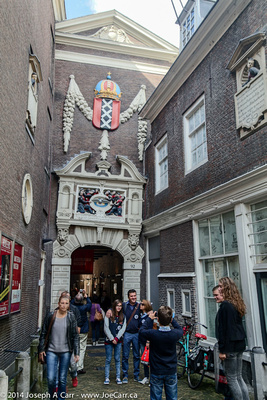 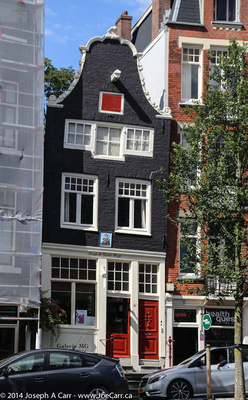 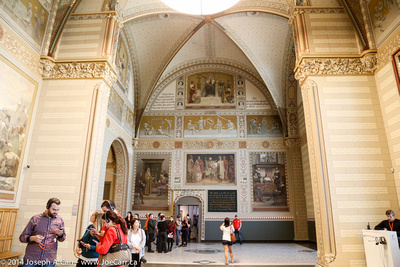 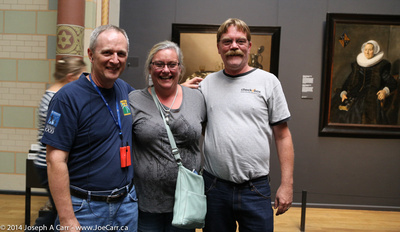 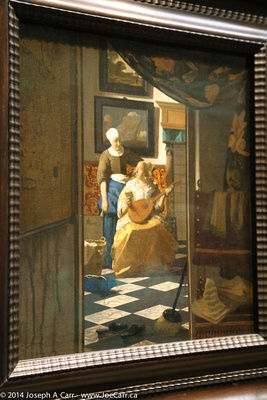 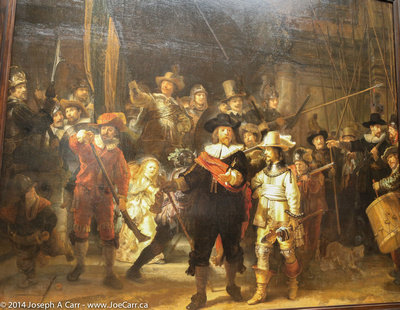 Militia Company of District XI under the Command of Captain Reynier Reael, Known as ‘The Meagre Company’ – Frans Hals (c. 1582-1666) 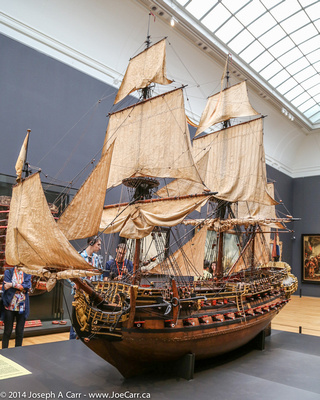 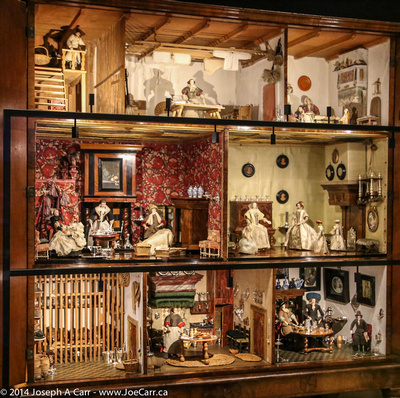 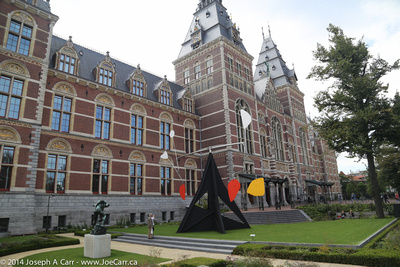 Art display outside the Rijks Museum 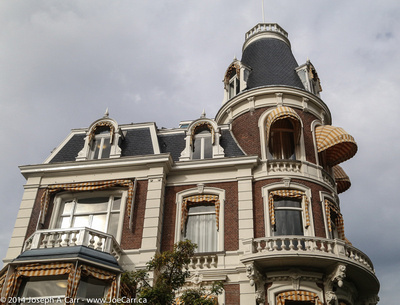 Beautiful house with tower and balconies 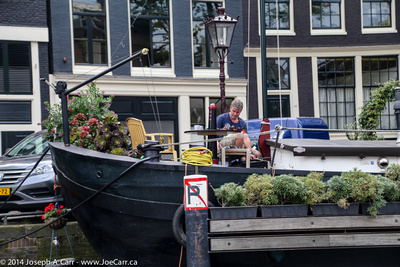 Man tending his flowers aboard his houseboat 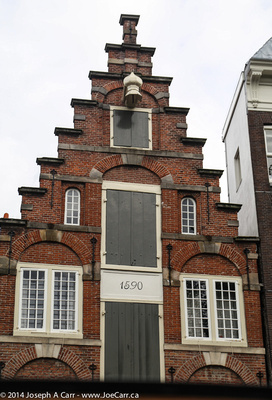 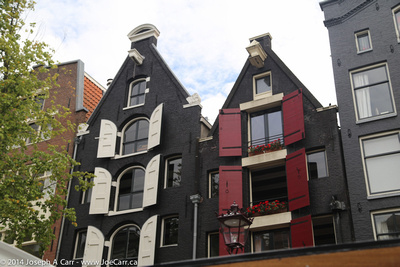 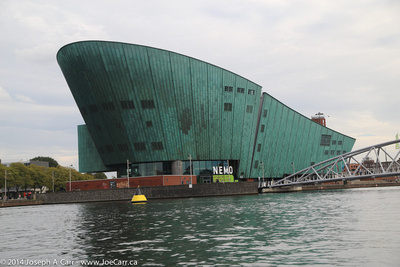 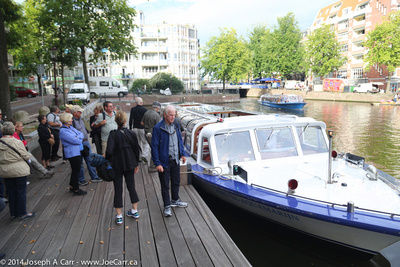 Our group waits to regroup after the canal tour boat 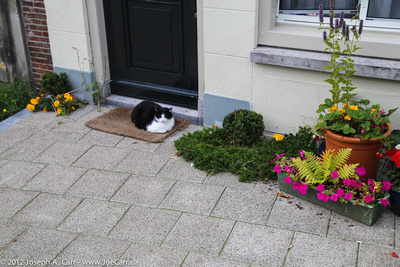 A black and white cat on the door mat 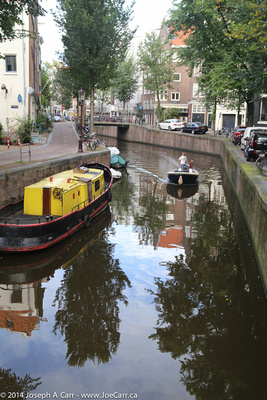 Boats on a canal 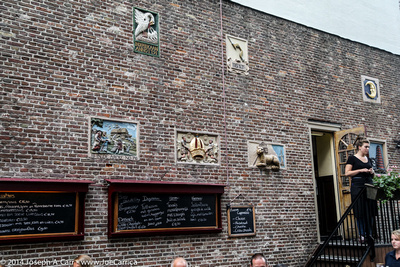 Wall art on a brick wall of a restaurant