Stepping onto Komodo Island is like stepping back in time. The Komodo Dragons are fascinating, and ruthless killers. These large monitor lizards and the Komodo islanders coexist on an inhospitable island in the Indonesian archipelago.

We anchor in Slawi Bay, and I go ashore in the tenders at 9:15AM to join my excursion ashore to see the Komodo Dragons. When we arrive at the ranger station, we go for a hike along the trails in small groups escorted by guides and park rangers. Some people pass out in the heat and have to be packed back to the tenders and the ship, since it is exceedingly hot. Of course, it’s not as if we weren’t warned about the conditions ahead of time. Fresh water is scarce on Komodo Island. The islanders collect rainwater during the rainy season, but otherwise they survive on very little water. We are supplied with lots of cold, bottled water before we leave on our hike.

There is a young female Komodo Dragon near the ranger station where we assemble, so everyone takes photos. As we walk through the bush, we see large green Imperial pigeons, hear the noisy Friarbirds, and spot a couple of deer. There are some striped snails, and a wide variety of plants and trees on the island. As we approach the water hole (which is dry), we see three medium-sized Komodo Dragons. We also spot a larger Komodo Dragon resting in the bush as we leave the water hole area. So in total, we see five Komodo Dragons.

Komodo Dragons are just really big Monitor lizards. They are carnivores, preying on the deer and wild pigs that inhabit the island. They are at the top of the food chain, and they also sometimes eat their own young. Komodo Dragons are good swimmers and, for short distances, quite swift on land. One Komodo Dragon will bite its prey, inflicting injuries and causing massive infections in the wounds with the bacteria found in their saliva. Once the prey is dying, all the Komodo Dragons in the area will come to feed.

There are about 1,100 Komodo Dragons on this island, and they inhabit other islands in the area as well. They are originally from Australia, where they grew even bigger, but they are no longer found there.

I’m glad our little hour and a half trek is over by noon, and we can return to the comfort of the air-conditioned ship. Slawi Bay is very pretty, with glassy water, surrounded by green hills, and a white, sandy beach with nobody on it. I think Komodo Island and some of the other Indonesian Islands are on par with French Polynesia when it comes to spectacular shoreline scenery.

The captain is seriously annoyed with people throwing money at some boys in dugouts beside the ship as he tries to manoeuvre the ship out of our anchorage. Dolphins escort us out of the bay as we make an early departure at 3PM. 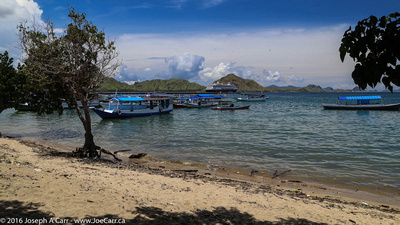 Local boats and the Volendam anchored in the bay 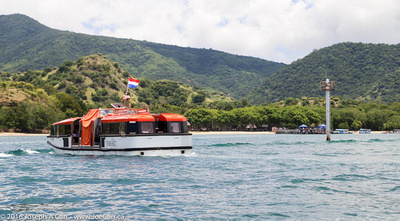 A ship’s tender heading for the shoreside dock 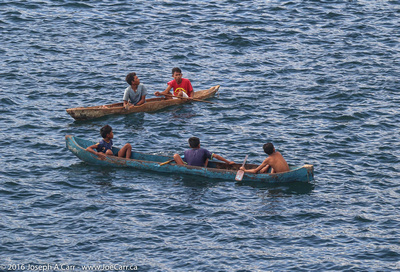 Boys in dugouts lurking around the ship as we depart 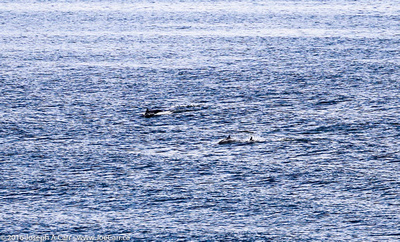 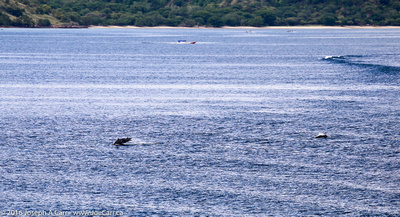 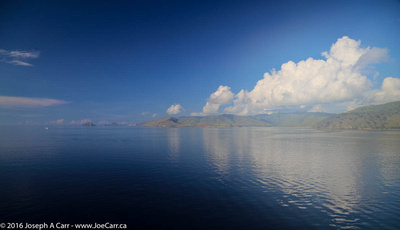 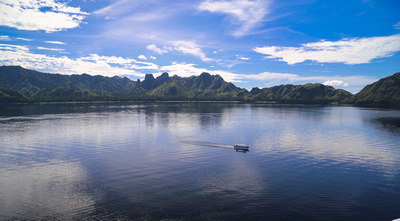 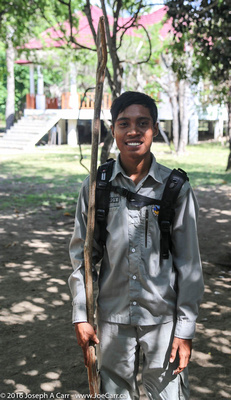 Our park ranger with his long stick to defend us against the Komodo Dragons! 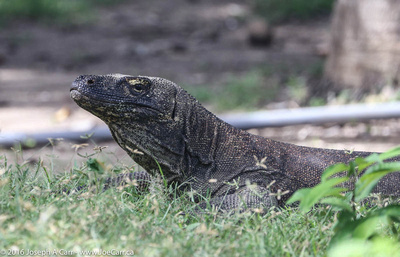 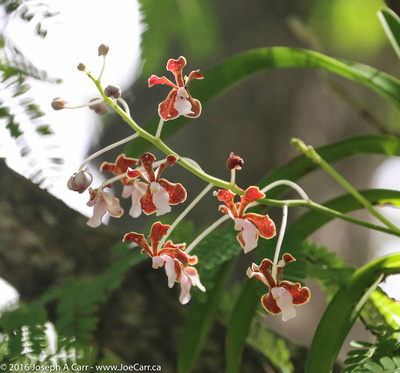 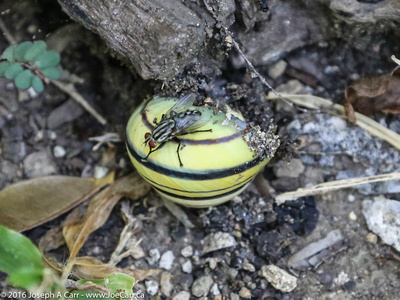 A bug on a land snail 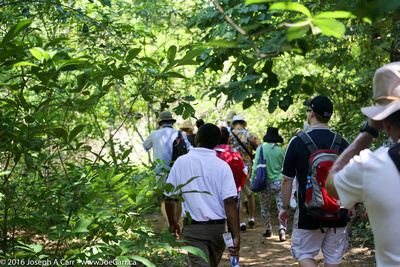 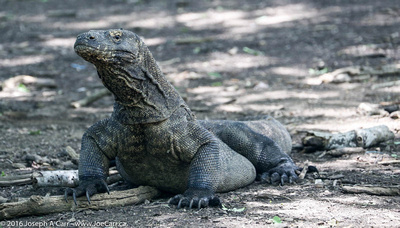 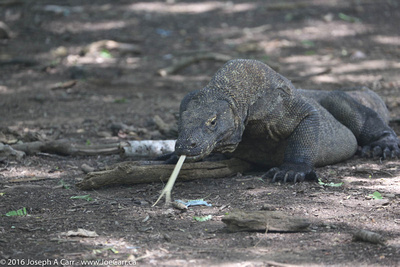 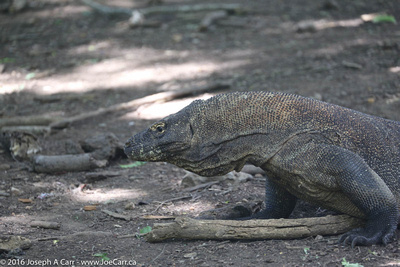 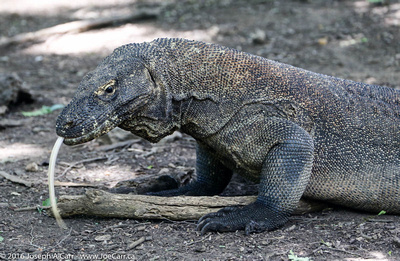