Our ship anchors for the day offshore. Malacca is a city with an interesting history. It was originally colonized by the Portuguese, and then the Dutch came in and took over. Finally, the British ousted the Dutch, in the final wave of colonial rule before Malaysia gained independence in modern times.

We need to cover very little ground with our shore excursion today Walk the Dutch Trail, since the history of this small city is concentrated within a few blocks in the centre of the city. Malacca was once a spice centre for eastern and western traders, and boasts a colourful history forged by Malay Sultans and European colonial powers, which resulted in the formation of multi-cultural communities. Each of these historical eras left its own heritage and influence, as we walk back through time to discover the great empires of Malacca: the Malay Sultanate, the Portuguese, the Dutch and the British. Starting in Dutch Square, we see the Stadthuys, built as the official residence for the Dutch governors and their officers – an excellent example of Dutch period architecture. Christ Church, standing tall since 1753, is another contribution of the Dutch who defeated the Portuguese in 1641.

Seri Melaka, now known as the Governors Museum was the location of the head of state for this area from the Sultanate of Melaka’s time onward through the various colonial governors. Also on St Paul’s Hill are the ruins of St Paul’s Church, where Catholic missionary St Francis Xavier was briefly interred in 1553. The ruins of the Portuguese Fortress are visible as we descend the hill to tour the replica of the Malacca Sultan’s Palace. Finally, we head back to the pier by trishaw – gaudily-decorated bicycles with the back axel extended so there are two back wheels and a small seat with a canopy rigged up. 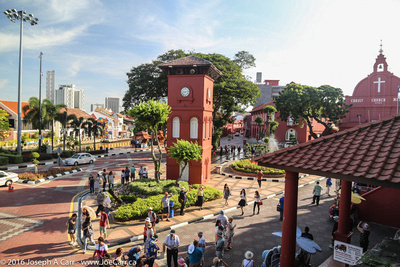 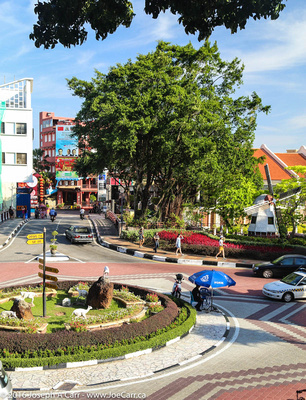 Decoerative roundabout at historic Dtuch Square, looking across the bridge

The river beside historic Dutch Square 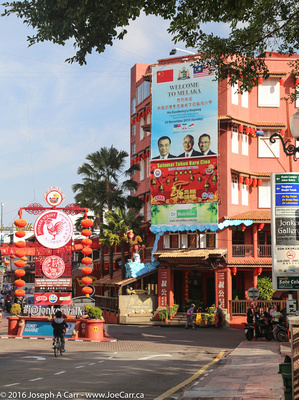 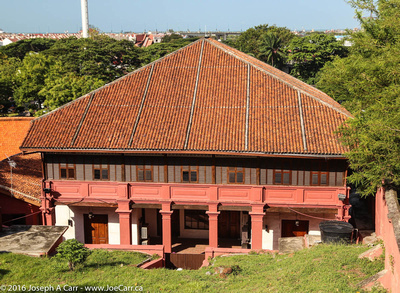 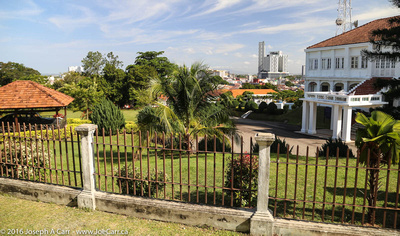 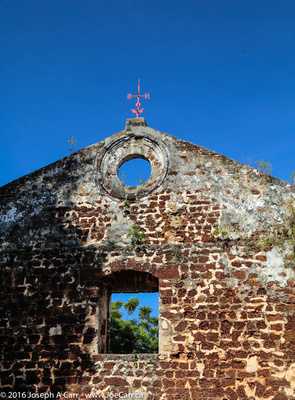 Inteior of the church 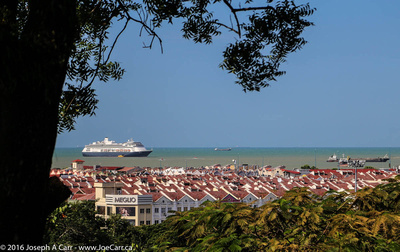 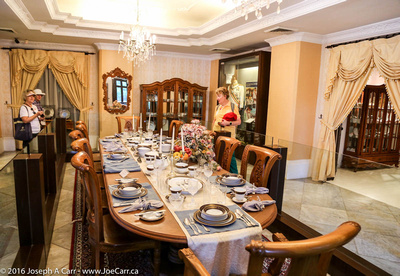 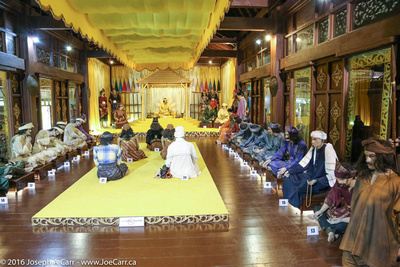 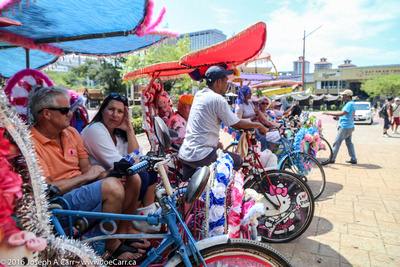 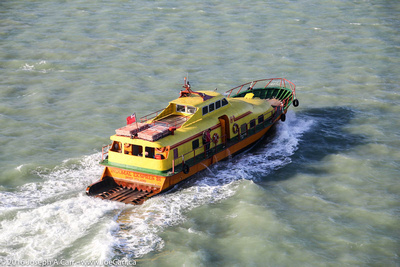 A private tender leaving the ship