After driving down the steep roads from Jebel Shams, we visit the beehive tombs at Al Ayn.These tombs are about 5,000 years old, although not much is known about them. This means the necropolises were built in the same era as the Egyptian pyramids. The tombs are fascinating and quite photogenic, however as we descend from the ridge to return to our 4x4s, the wind picks up and a sand storm blasts everyone as we hurry to get back inside our vehicles.

Next stop is Jabrin Castle, which was built by the Yaruba dynasty Imam Bil’arab bin Sultan, who ruled from 1679 to 1692. This is without a doubt the most impressive castle or fortification we have visited in Oman. It is a UNESCO World Heritage Site, is beautifully restored, and is surrounded by groves of palm trees in a lush valley. The castle has impressive wooden painted ceilings in some rooms. 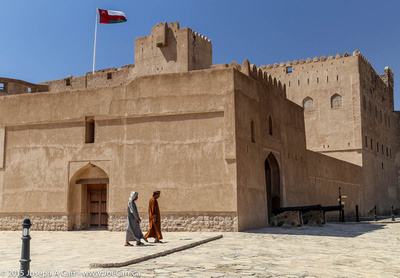 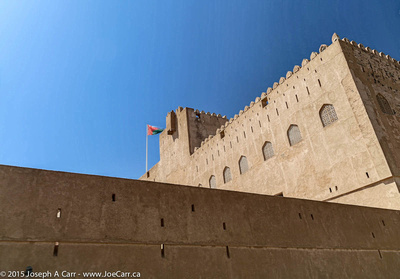 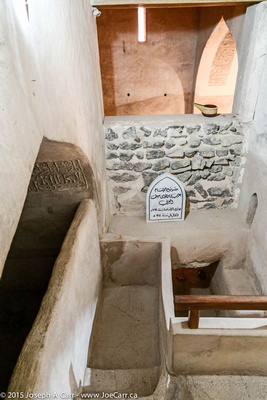 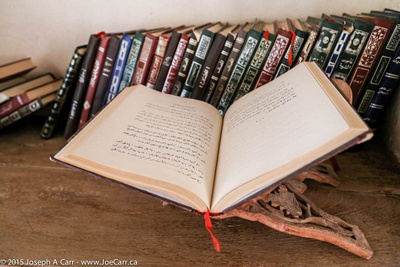 An open book and other books in the library 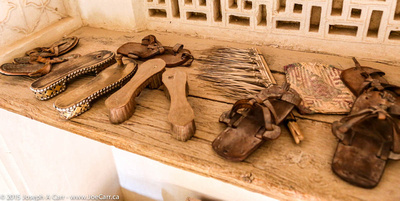 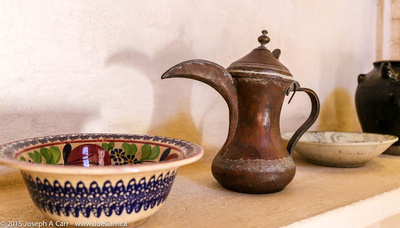 A decorated bowl and a jug with a big spout 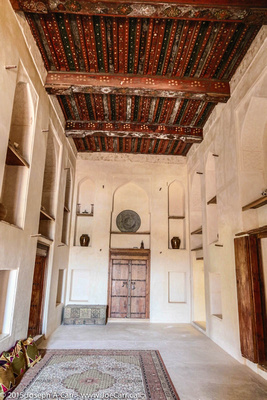 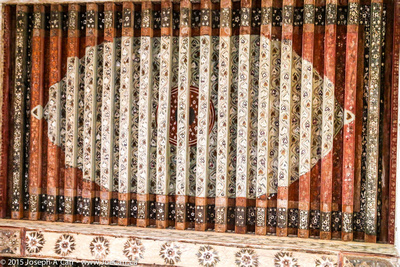 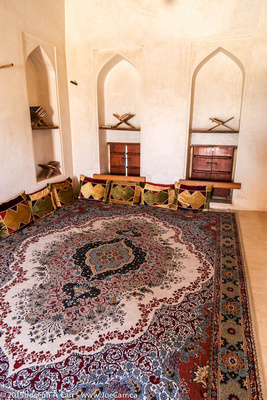 View of the surrounding palm groves from the top of the castle. 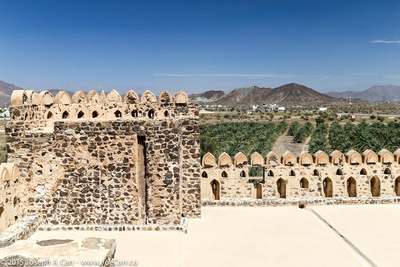 View of the surrounding palm groves from the top of the castle.

After driving back along the highway to Muscat, we say goodbye to our driver Ali, who drops us off at the City Seasons Hotel. He has been an excellent driver; taking us over sand dunes at Sharqiya Sands, along back roads to Bedouin camps, and zooming up and down both expressways and mountain roads. It has been a wonderful driving adventure in our 4x4s over the last five days. Tomorrow, we return to Dubai by bus for our final day in Arabia before returning home.