I sleep in until 8AM, get dressed and go to the dining room for breakfast. I have a cappuccino with some pastries, fruit, and a spoonful of scrambled eggs. The ship arrives in Port Antonio on schedule at 10AM. There’s a pretty serious crunch as the ship makes contact with the concrete pier in the stern. The crew make some repairs while we’re docked.

I find this sailing ship is a photographer’s dream if you look up at the fantastic rigging and sails, and it is also a nightmare, because there are lines and masts everywhere obstructing clear views overboard!

I am on the shore excursion Highlights of Port Antonio. First stop in our minibus is to view Trident Castle, a German-built modern castle located on a beautiful cove, which mainly caters to weddings. We don’t go into the castle, but instead carry on to the Jamaica Palace Hotel, which is our first stop. It is a very striking hotel, and has surprisingly reasonable room rates starting at US$120/night. We are given a Rum Punch welcome drink, and a tour of the extensive grounds including their art gallery.

Along the way, we learn about the resident crocodiles in Springs area, and how the national fruit Aki opens naturally and is eaten with salt fish (the national dish). We make a stop at the Blue Lagoon, which I find underwhelming. Trident Castle, Jamaica Palace Hotel, and Blue Lagoon are all touted as being used as locations for movies.

Our last stop is Frenchman’s Cove, where there is a private beach for us to lounge on and swim from. There is a freshwater stream beside the beach flowing into a saltwater cove – both of which are very pretty. Unfortunately, the water in both is quite cold, so I don’t bother trying to swim or snorkel, instead preferring to sit on the beach in the shade of a palm tree. The beach is not crowded, and we have a couple of hours here to enjoy ourselves before returning to the ship.

All 44 sails are set as we leave Port Antonio and then they are taken down again once the Sun sets and the ship is underway. Being a square-rigged sailing ship, the Royal Clipper needs a following wind to actually proceed under sail. The southeast winds we are encountering are virtually on the nose of the ship, hence the reason for the sails being taken down when the ship is underway, although the stay sails are often left up to improve the ship’s stability.

At dinner this evening, I’m seated with a Texan couple who are both real characters. She submitted a request for one of the desserts appearing on the menu this evening – Floating Island with prune. I ordered it, and found it tastes good, with thin custard on the bottom, merengue, and a dollop of pureed prune on top. 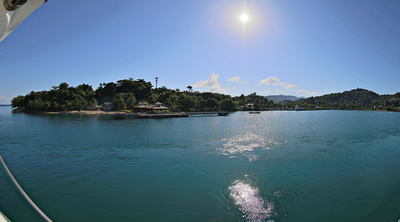 Fisheye view of the harbour and entrance to the bay 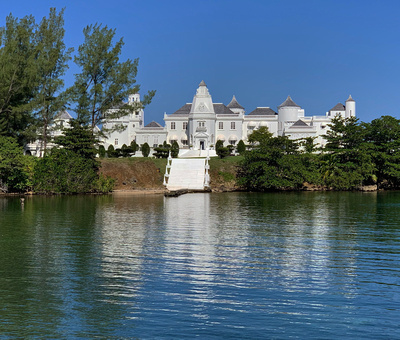 German castle on the bay 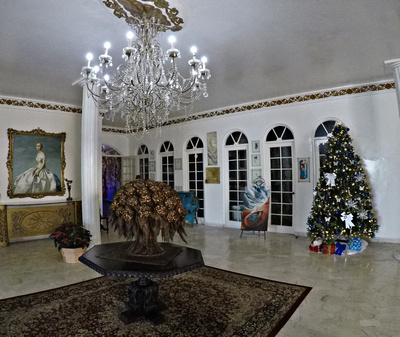 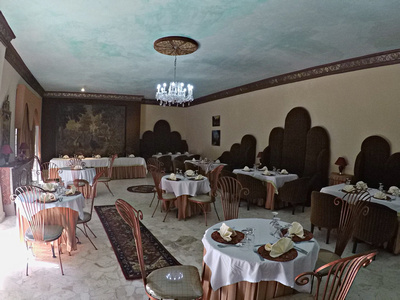 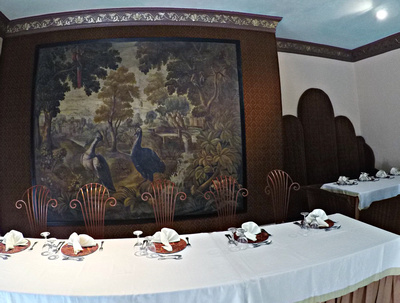 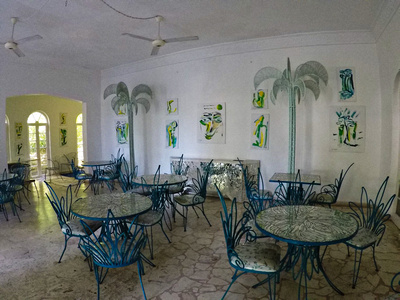 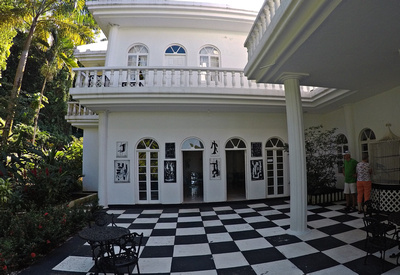 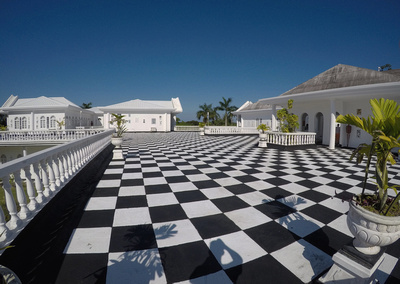 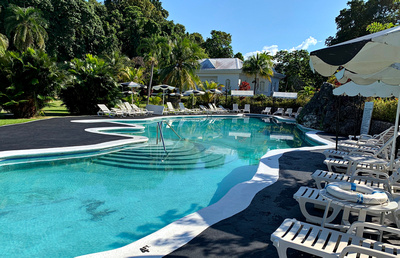 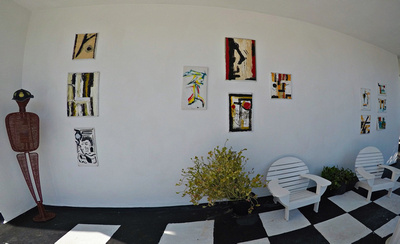 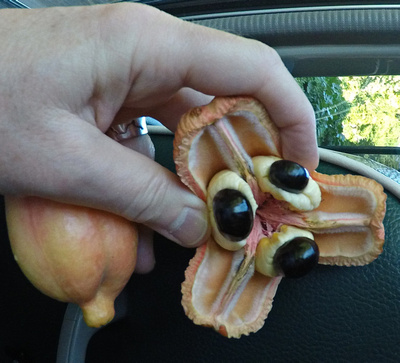 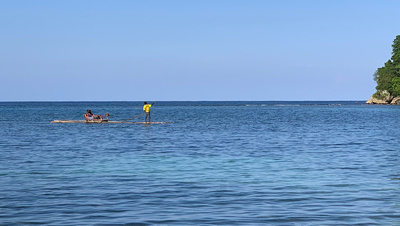 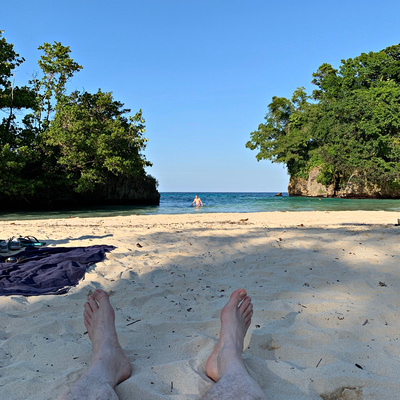 Joe on the beach

Panorama of the beach and cove 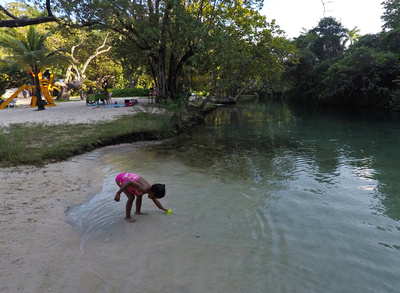 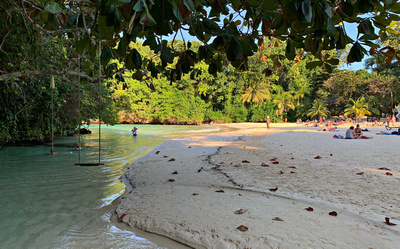 Swings on the freshwater stream and the beach