As we leave Cape Town, we drive past millionaire’s paradise: Camps Bay, Clifton Beach, and Llandudno. We stop at Hout Bay and take the boat tour to see the Cape Fur Seals on Duiker Island (60 Rand, US$7 each). There is a five man band serenading us as we disembark. Since Chapman’s Peak Drive is closed due to slides, we drive through Constantia and go past the prison where Nelson Mandela was held while he was treated for TB.

We then loop back to the outer coast and see parasail surfers at Witsand Bay before entering the Cape of Good Hope Preserve. Our driver spots 12 Eland and 6 Bontebok, and some wild Ostrich. The Cape of Good Hope is the most southwesterly point of land in Africa, and certainly qualifies as a landmark. It is madness as tour buses arrive and everyone scrambles to get their photo taken. I manage to get my photo taken before the crowd gets in there!

Cape Point is at the end of the peninsula, and has both the original lighthouse (decommissioned after the Portuguese liner Lusitania was lost on the rocks) and the new lighthouse (located lower down so it’s not obscured by fog). I hike up the very steep trail to the top of Cape Point where the old lighthouse is located (see banner image above). There is also a funicular railway running to the top. Our guide called ahead and reserved a table for us in the restaurant at Cape Point – a very busy place!

After lunch, we drive back along False Bay, stopping at a very nice public campground and picnic area. Next stop is the African Penguin colony at The Boulders, where we nearly get blown to bits by flying sand and strong winds. As we drive through Simon’s Town, our guide points out the shark warning system that is in place for this strikingly beautiful beach area.

As we return to Cape Town, our guide talks about the apartheid years and how Cape Town was segregated. He is of Indian descent, and describes how his family was forced to move several times during that dark period of South Africa’s history. 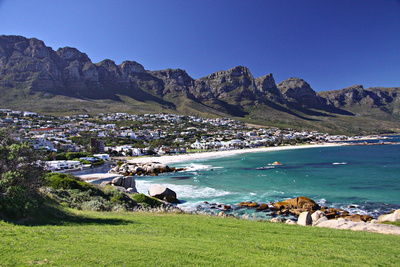 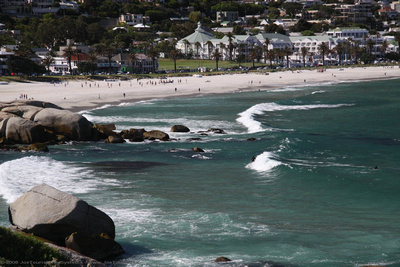 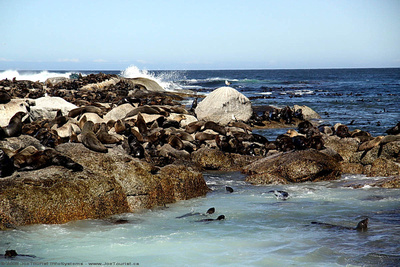 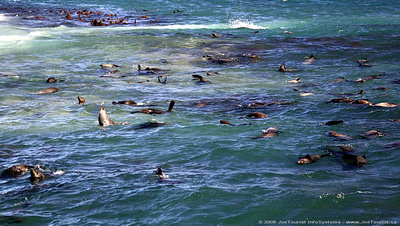 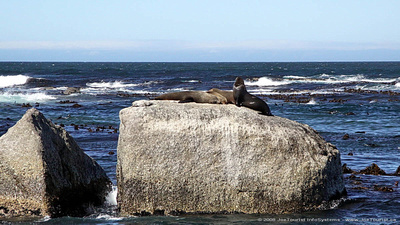 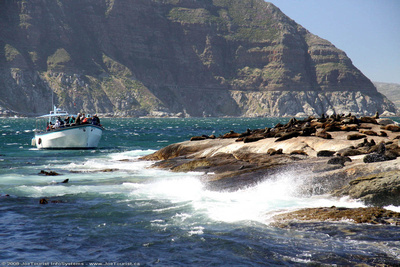 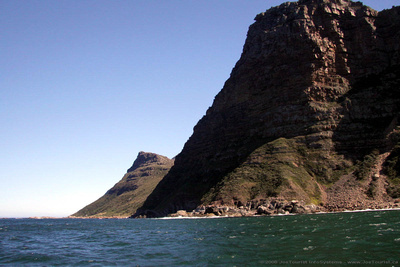 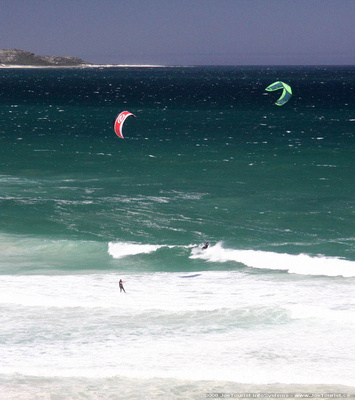 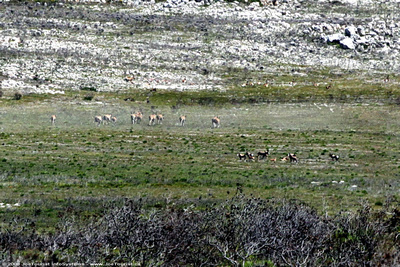 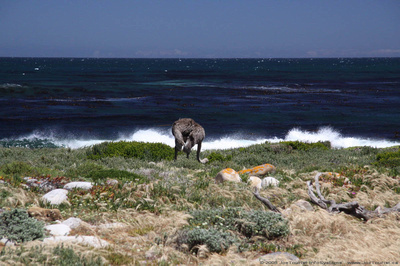 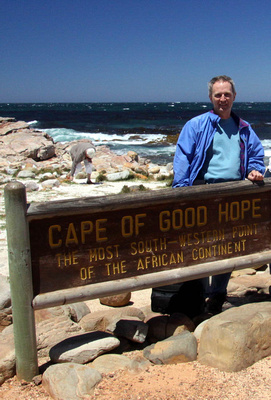 Joe at the Cape of Good Hope 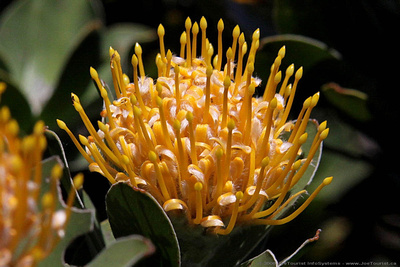 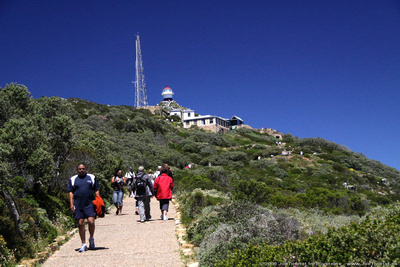 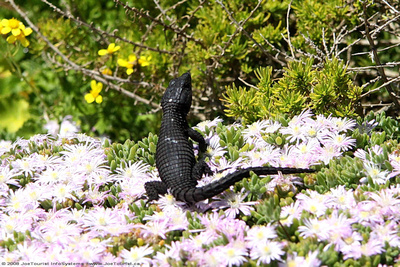 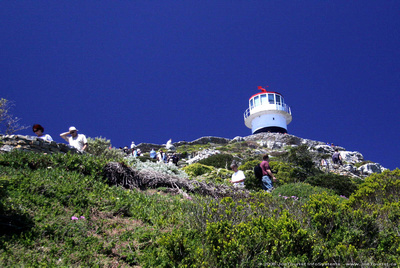 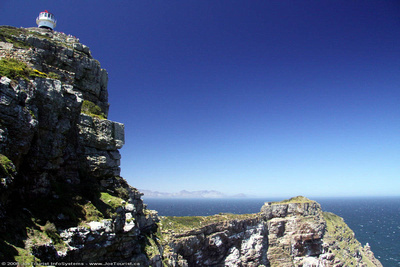 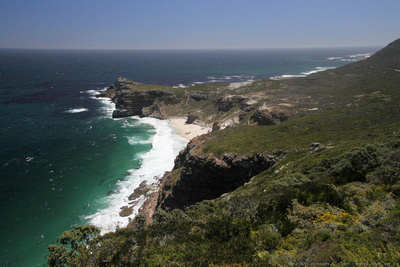 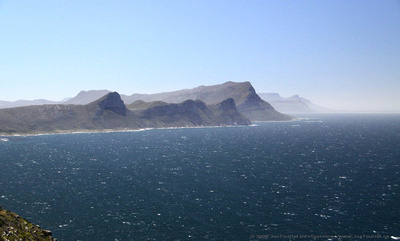 Looking SE across False Bay toward the mountainous shoreline 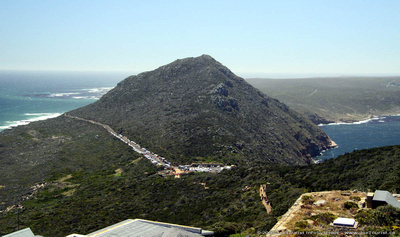 Looking north, Atlantic Ocean to the left and False Bay to the right 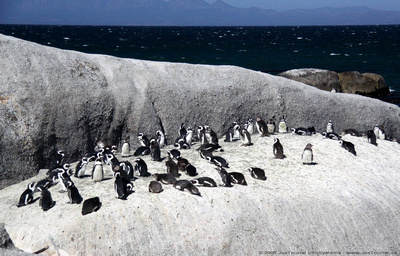 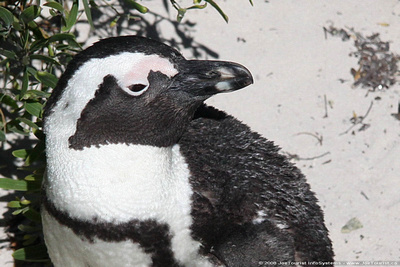