The ship is anchored, so we have a long tender ride to the pier in Probolinggo. The heat and humidity in the tender and on shore is oppressive, so everyone is happy to get into our convoy of big buses with air conditioning. There are several hundred people on this excursion to the Mt. Bromo volcano this morning, but thank goodness no police escorts are being used for today’s excursion, and our driver is very good!

It is a very scenic ride under overcast skies as we climb in elevation to the cooler, wetter, and mountainous centre of the island of Java. There are lots of towns and villages, Sunday markets, people working in fields. Half way up the mountain, we stop for a refreshment break in the mountain village of Cemoro Lawang and switch to Jeep 4x4s. I don’t think I’ve ever seen so many Jeeps in one place at one time before!

I pick a Jeep and get in the passenger seat beside the young driver, a couple climb into the back seats, and we’re off. About half way to the viewpoint for the volcano, the jeep’s engine stops, and the driver can’t get it going again. He makes a call, and the tour organizers are there in a few minutes. Ten minutes later we are picked up in a replacement Jeep, and miss nothing at the volcano observatory near the viewpoint. Although our particular group left awhile ago, we simply join another group as we make the short hike to the nearby viewpoint, which is about 2 km from Mount Bromo volcano. Due to a recent eruption, this is as close as we can safely get to the caldera. The original tour described climbing up onto the rim of the volcano, but that’s not happening today.

It is raining lightly as we check in at the volcano observatory, so the view of the volcano is obscured, however the view of the Sea of Sand, which surrounds Mount Bromo is nothing short of spectacular. There are many colours in the sand, and it is quite beautiful. The colours remind me a great deal of the Haleakala caldera on Maui in Hawaii. We see some motorcyclists riding across the Sea of Sand towards the volcano. The wet conditions continue for the rest of the day, however after having an Indonesian buffet lunch at a local restaurant in Cemoro Lawing village, the skies clear enough to see most of the Mount Bromo volcano from a viewpoint across the street.

Mount Bromo is an active volcano and is part of the Tengger Massif, in East Java, Indonesia. At 2,329 metres (7,641 feet), Bromo is not the highest peak in the range, but it is the best known of them all. The volcano belongs to Bromo Tengger Semeru National Park. The name derives from Javanese pronunciation of Brahma, the Hindu creator god.

We drive part way down the mountain to the village of Sukapura, where the locals put on a cultural dance and musical performance the likes of which I have never encountered before. It is scary at times, as the dancers seem to be either possessed or high on something – I can’t decide which, and of course, they might possibly also be good actors/performers.

The Jeep 4x4s return us to the midway point, where we transfer back to the tour buses and return to the tender pier in Probolinggo. We arrive almost an hour later than the stated last tender for the ship, but obviously since this is a Holland America excursion and there are hundreds of passengers involved, they keep running tenders to get everyone back to the ship as efficiently as possible. Once we step off the tour buses, the oppressive heat and humidity on the coast hit us again as we board our tenders and return to the ship. 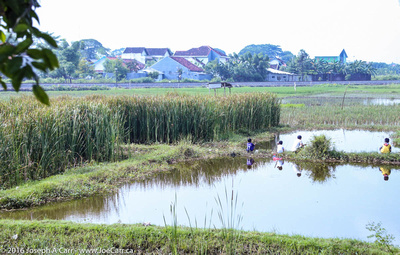 Boys fishing in a pond Jeep 4x4s parked and ready for us 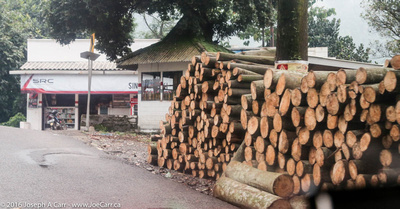 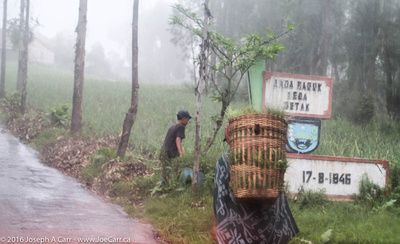 Villager packing a basket of produce 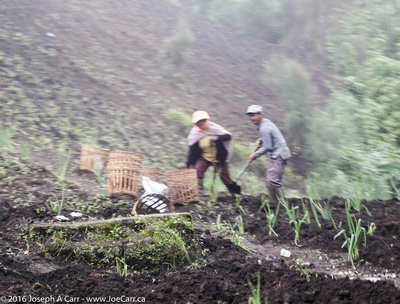 Villagers working in the fields Villagers working in the fields

Cloud-shrouded Mount Bromo and the Sea of Sand 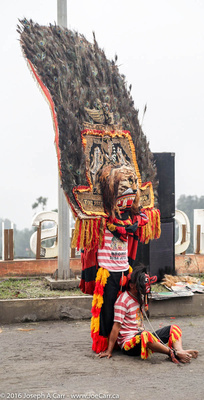 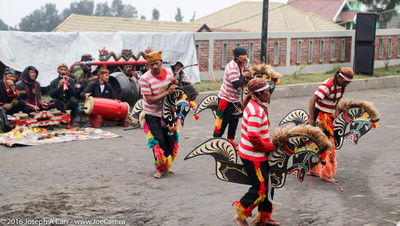 The dancers eating coconut, the caretaker and the musicians 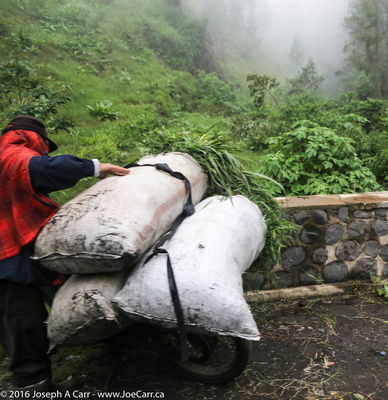 Big bags of produce on a motorcycle Jeeps descending through a village 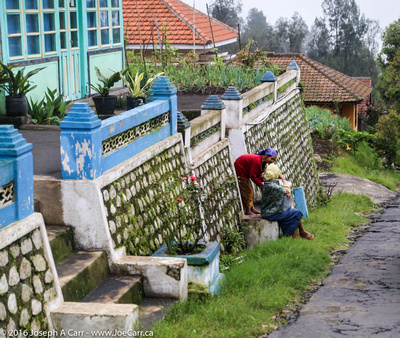 Crops being cultivated in terraces on the mountain slopes 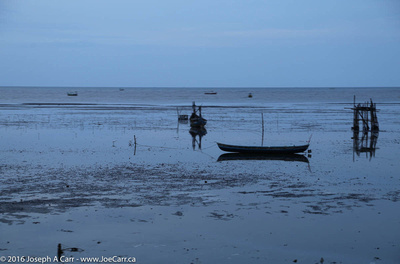 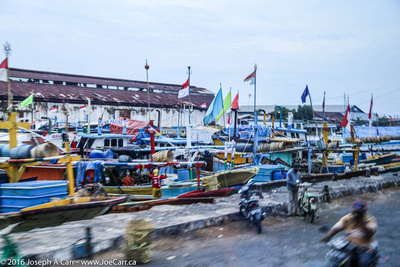